When Councillor Sheila Stuart was Mayor of Cambridge in 2011 she was the first to ride to Reach Fair on a bike, the weather was brilliant and we broke a record with a count of 385 people cycling. For this year’s ride Councillor Stuart was back as the Mayor on the ride, the sun was shining and we broke another record, counting 585 people riding to Reach Fair before the official opening at noon. 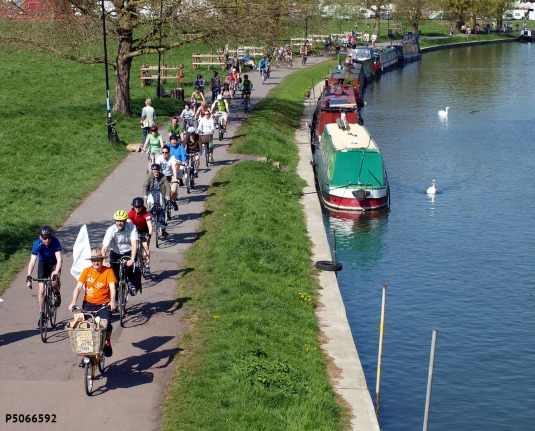 The reliable and hard-working organiser Simon Nuttall fitted many bikes with flags and distributed water bottles and energy bars. Simon gave a speech introducing the Mayor, who then said that she hopes future mayors of Cambridge will continue to ride to Reach by bike. We set off at 10am prompt on 9 May.

There were several groups of riders waiting for us at Jesus Green, Riverside and Stourbridge Common, which boosted the numbers even more. We stopped momentarily at Newmarket Road Park & Ride where even more joined. At Quy we had a five-minute stop.

At Reach the cycle parking was rather overwhelmed. There was a big bottleneck of people queueing to go through the narrow gate. Many people wandered off and found their own place to park. Simon decided to open the far gate and ask the latecomers to park in there, which most happily did. It was difficult to supervise two areas rather than one, but we have not had any reports of theft. People didn’t seem to mind too much about the rather overgrown cycle parking area, but it would be a nightmare if it were muddy. 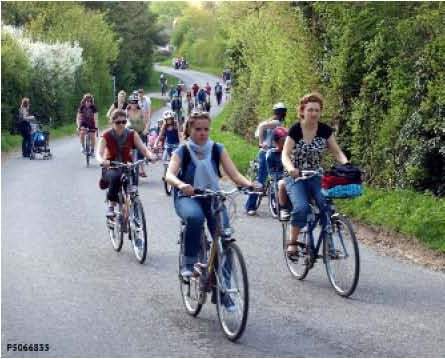 So many have contributed to the success of this event: the marshals who cleared the route on Saturday and then turned up for the ride, people sharing photographs, our counting marshals, Outspoken who did a terrific job of distributing leaflets which boosted the number of children and families on the ride, volunteers who distributed leaflets to bike shops and put up posters around the city. Thanks too to Cambridge City Council and the County Council’s Bike Friendly Cities project for their support and Bike Week for insurance cover.

Congratulations to Simon and the team who organised the event, cleaned the paths and marshalled the biggest Reach Fair Ride so far, helping our Reach Ride 2013 run as smoothly as possible.

Pictures taken on the ride
www.camcycle.org.uk/jumpto/RFR2013

Some lovely comments have been coming in on the Reach Fair Ride: