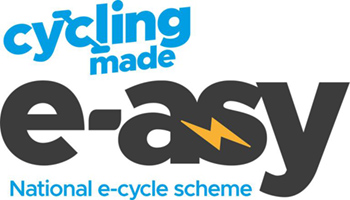 National charity Cycling UK has announced the launch of ‘Cycling made e-asy’, a new programme offering free e-cycle loans in pilot areas across England, starting in Greater Manchester in May 2022. The scheme is funded by the government as part of the latest £200 million for active travel (see left). It aims to engage people of all ages who have not considered cycling before by enabling them to cycle with electric assistance, making longer and hillier journeys easier. E-cycles will be available at hubs in each pilot location in branches of Evans Cycles, local community spaces, selected workplaces and education settings.

Cycling UK will use their existing network of over 400 local community cycling organisations, applying their tried and tested behavioural change models and drawing on experience of engaging with underrepresented groups to address real or perceived barriers to taking up cycling.

Users are now able to enrol on the scheme via Cycling UK’s website or through walk-ins at Evans Cycles and selected community hubs. 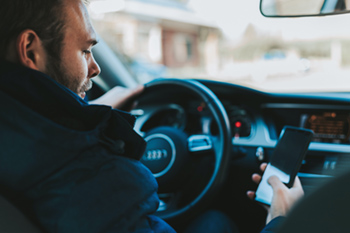 The UK Government is updating laws on mobile phone use while driving to improve road safety and reflect ongoing development of the technology and its typical uses. Since 2003, it’s been illegal to use a mobile phone or similar hand-held device while driving in Great Britain, but the prohibition was limited to using it for ‘interactive communication’. Now any use of a mobile device, including common activities such as browsing the internet, playing games and taking photos or recording videos, will be illegal while driving. This change was supported by 81% of respondents to the public consultation. The one exemption in the earlier law – using the phone in an emergency – will be maintained; and one new exemption is included in the new law: making mobile payments with a phone will be legal from a stationary vehicle for transactions such as paying a parking charge or buying refreshments from a drive-through.

In related news, Transport Minister Baroness Vere has confirmed that there are no plans to extend the new laws to cover bicycles, e-bikes or e-scooters. She informed the House of Lords of this in response to Baroness McIntosh’s complaint that the laws do not go far enough, pointing out that dangerous cycling is covered by other laws and adding that it was ‘really important that we do not demonise all cyclists’.

free rides on shared bikes could be funded for the cost of fuel tax cuts made this spring by European governments, including the UK, equalling 56 free rides for every EU citizen at risk of poverty or social exclusion. The subsidy could also pay for 194 million bicycles or up to 302 million public transport passes.

of government funding (from the existing £2 billion active travel allocation) was announced in May, including £161 million for cycling and walking schemes, £1.5 million for ‘mini-Holland’ feasibility studies, £35 million to improve the National Cycle Network and £2 million for the Big Bike Revival.

per day is the amount the Irish government is aiming to spend on active travel projects in a bid to keep climate goals within reach. This will support the goal to deliver a 10% reduction in kilometres driven by fossilfuelled cars by 2030. A new National Sustainable Mobility Policy was published in April 2022.