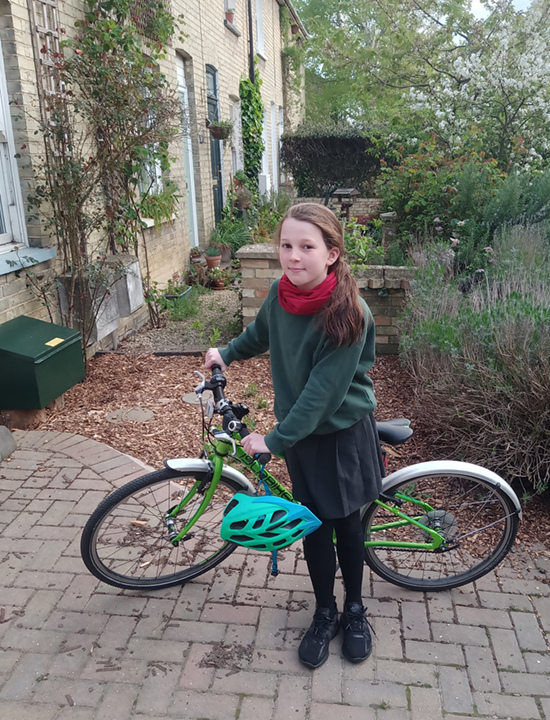 Though it’s not every day I write an article, this is an important subject that requires attention. So I’ve done my best to tell you about it.
I ride my bike because it’s an amazing feeling of freedom that I really enjoy, and I believe it’s important that the roads are safe so that we can enjoy riding without a high risk of danger.

I was partly inspired to get involved in the A10 Corridor Cycling Campaign by the annual ride to Cambridge, which I did for the first time when I was five. This was a ride to Cambridge that would seem like a long way, but I ate plenty of bananas to keep me going. The reward was some nice cake which I really looked forward to every time I did this ride, and I still do now.

But it was when I went to the Greater Cambridge Partnership (GCP) meeting, to campaign for a bridge over the A10 to be built so that people can ride to Royston without using the dangerous road, that I really got involved. I went there and asked a question that I think has affected this push for the bridge quite a bit. I asked: How old will I be when I can cycle over that bike-bridge safely? I asked that four years ago when I was six. Now I’m ten and the bridge still hasn’t been built.

The reason I campaigned for the bridge to be built was because it will enable more cycling. This not only would save a lot of money that otherwise would be spent on fuel, but is a great and environmentally friendly activity. With that bridge, everyone could easily ride to Royston and back (without the danger of the A10).

Another thing that inspired me to campaign was the JTAs, or Junior Travel Ambassadors, because they had a similar idea and made my school more eco-friendly. They encouraged more people to cycle or walk to school instead of driving. Even though I was not old enough to be a JTA, I was able to join them on a trip to the train station in Shepreth. While there, I won a family of rubber duckies that I had been awarded for building my own road out of socks, wooden animals and some tiny bicycles for a competition of the A10 CCC. It was my way of showing I was upset at the amount of cars. That was quite a surprise!

My hopes for the future are safer roads, with fewer potholes and safer speed limits to allow people to ride safely. Cycling is very important to me and many others, and I hope that bridge is built soon.