Cambridge Research Park (CRP) is a small business park by the A10, just north of Waterbeach. In April, Camcycle was made aware of a webpage on the CRP website which advertised a proposed new cycle route. The website stated that ‘the park is now directly accessible by bike entirely on recognised cycle safe roads or dedicated cycle paths from Cambridge city centre’.

The proposals were a surprise to us (and to local councillors) and within a few days we had a meeting with a representative of the CRP. The proposed cycle route consists of a bridleway redesign which was a condition of approval of the planning application (S/4615/18/OL). The condition identifies the reason for the works as ‘to improve connectivity to the site and reduce reliance on private cars as much as possible’: a principle Camcycle wholly supports. As this improvement was only brought forward as a condition, no information was available as part of the planning permission and therefore no opportunity to consult on these works occurred.

We have reviewed the drawing pack and identified major concerns which would vitiate the usefulness of the proposed route, briefly summarised below:

Although we raised these concerns in greater detail to the CRP, asking them to reengage with the county council and undertake necessary design changes, there has been no meaningful action to address them. We have now raised this matter with the council’s Highways Committee and hope to stop the legal agreement proceeding. These proposals, as they stand, fail to deliver the safe and convenient active travel routes that CRP employees deserve. 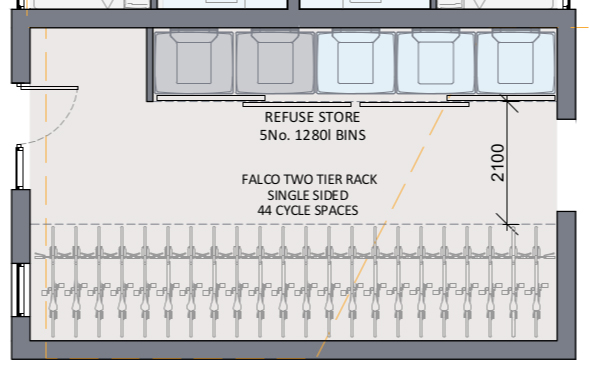 We have objected to the application for the redevelopment of Romsey Labour club on the grounds that it does not comply with policies 28, 80 and 82 of the Local Plan.

Hutchinson3G have filed a planning application to site a mobile phone mast on the corner of Milton Road and Union Lane, between the traffic lights and the bus stop which is across the road from the Co-op. This would be about the height of a five-storey building.

Concerned about the blocking of the footway by the accompanying four equipment cabinets, we alerted the Greater Cambridge Partnership (GCP) which has submitted a formal objection. If this proposal were to go ahead as is, it would significantly restrict access for pedestrians. As part of the GCP’s redevelopment of Milton Road later this year, the pavement is to be narrowed and a segregated cycleway accommodated. The cabinets would fill the pavement next to the cycle path, forcing pedestrians to use the cycleway.