Active Travel England to begin work from York this summer 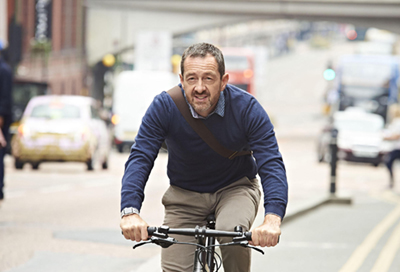 Active Travel England (ATE), the government’s new funding body and inspectorate for walking and cycling, will be based in York from summer 2022 with around 100 members of staff. The first National Commissioner was announced in January as Chris Boardman, Olympic gold medallist and former Transport Commissioner for Greater Manchester. Brian Deegan has since been confirmed as Interim Head of Inspection.

Active Travel England will be responsible for the government’s £2 billion active travel budget and will rate local authorities on how well they implement walking and cycling infrastructure. The authorities behind schemes which are not delivered on time, or to the required standard, may be asked to return funds. Importantly, an assessment of an authority’s performance with respect to sustainable travel outcomes, particularly cycling and walking, will also be taken into account when considering funding allocations for other local transport schemes, including road-building.

Boardman has emphasised that the aim is to enable more cycling and encourage more people to switch from driving once safe infrastructure is in place. He says ‘The message is: this is for people doing normal things in normal clothes, just having the choice of not having to do it in a car’.

The cross-party Commons transport select committee published a report on 4 February that concluded there was ‘no viable alternative’ to road pricing if the UK was to avoid a congested future and the £35bn tax shortfall that will arise from the transition to electric vehicles.

New enforcement powers to come into force in June

The government has confirmed that the long-awaited Part 6 of the Traffic Management Act 2004 will come into force on 1 June. This will give local authorities powers to ensure mandatory cycle lanes aren’t blocked and to design low-traffic schemes with flexible exemptions. 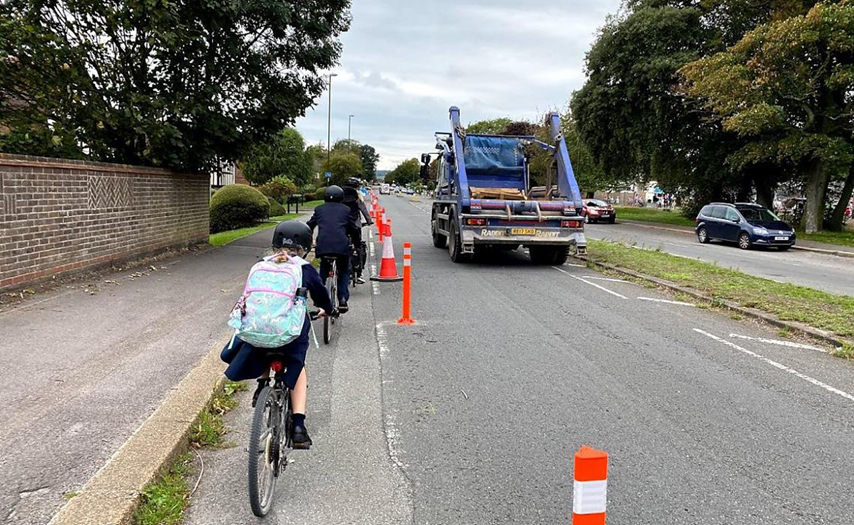 Thanks to a legal challenge brought by national charity Cycling UK, West Sussex County Council has admitted it acted illegally when it removed a popular cycle lane in the town of Shoreham-by-Sea in November 2020. In the two months it was in place, the lane was used for 30,000 cycle trips, serving five schools along its length.

Duncan Dollimore, Cycling UK’s head of campaigns, said: ‘In Shoreham, Cycling UK has drawn a line in the sand, showing there are repercussions for councils which ignore government guidance. Hopefully West Sussex County Council’s acceptance they acted illegally will put a stop to short-sighted decisions like this happening across other parts of the UK.

‘This is a victory for people who want their children to travel to school in safety, for people who don’t have to breathe foul air, and for everyone who would like healthier, safer streets where we live and work.’

In a press release, Cycling UK added: ‘This was never about one cycle lane. We wanted to show that councils cannot act unlawfully without consequence. Hopefully now there will be a consistent approach across the UK where councils will actively promote active travel so that we can ensure that children can ride to school safely, people have greater options to commute by bike and more people feel confident and safer in their choice to cycle’.

Cyclists outnumber drivers on many A-roads

Analysis of Department for Transport (DfT) figures from 2020 has revealed that cyclists are outnumbering drivers on an average day on 43 A-roads.

Of these, cyclists outnumber every other form of transport on eight A-roads, while outnumbering cars and taxis on the remaining 35. Digging deeper into the numbers, Central London was found to have the biggest tilt towards cycling at 87 per cent of all traffic on a section of Lambeth Road, 81 per cent on Royal Mint Street in the City, and other locations recording between 55 and 63 per cent.

The news follows other positive data recently emerging from government statistics. DfT figures show that the cycling gender gap narrowed during the Covid lockdowns and the average number of cycling miles per person increased. In 2019 men made three times as many journeys as women, while that gap shrank to twice as many in 2020. A report showed the average number of cycling trips in England per person per year rising to 20, a 26 per cent increase on 2019. Average mileage also rose by 62 per cent from 54 miles per person in 2019 to 88 miles in 2020.

For more detail on the traffic data visit DfT’s Road Traffic Statistics map where you can compare yearly traffic counts by mode of transport at national, regional and street levels.

is the amount by which the Sustrans National Cycle Network boosted the UK economy in 2019 through health, congestion and environmental benefits. People using the routes also supported local businesses with an estimated £1.7 billion. As part of its goal to improve accessibility, Sustrans has so far removed 315 exclusionary barriers on the Network with almost 16,000 still to do.