‘Twenty years ago, I could not have dreamt that today I would be helping cut the ribbon on this magnificent bridge, nor that it would be possible to cycle or walk through so much green space from Romsey to the Science Park on an almost motor-traffic-free route’, said Jim Chisholm as he spoke at the official opening of phase one of the Chisholm Trail on the cold afternoon of 23 December. He added: ‘This Abbey-Chesterton bridge, together with the Newmarket Road underpass on this, the Chisholm Trail, breaks big barriers to cycling and walking for both leisure and utility trips in and around Cambridge’. 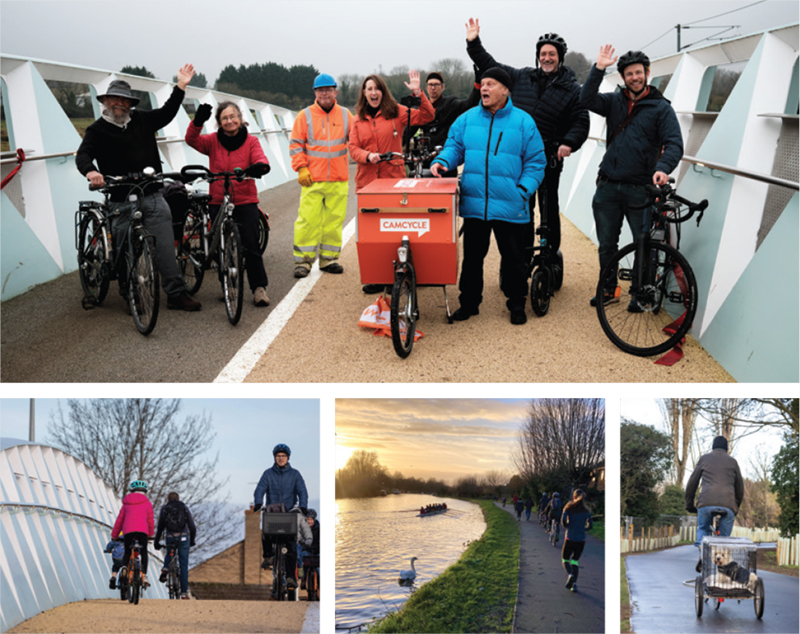 Contractors worked up to the wire to get things finished before Christmas so that local people could begin exploring on foot and by cycle over the festive break. The growing wave of Omicron meant the event was a low-key one; details were kept under wraps and attendees limited to a select few councillors, officers and Camcycle representatives. However, there was still a well-deserved sense of celebration for a project conceived over two decades ago and finally brought to life by the hard work of so many people. 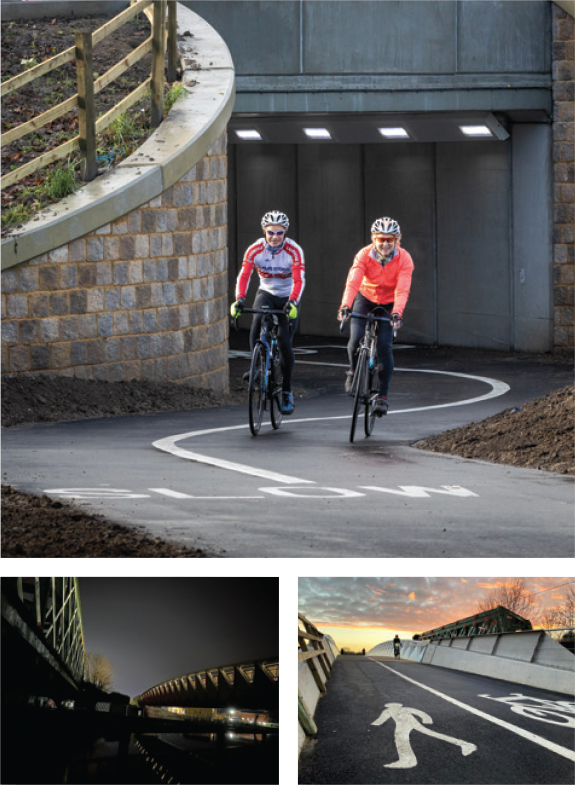 We’d like to thank everyone who has campaigned for, and worked on, the Chisholm Trail over the last two decades. It could not have happened without Jim’s vision and the support of local volunteers, national campaigners, councillors, officers and contractors. Special thanks must go to Sustrans’ founder John Grimshaw and county council cycling officers Clare Rankin and Patrick Joyce, who played an invaluable role in developing the project, and to the Greater Cambridge Partnership for its final delivery.

A larger opening is planned for late Spring, by which time we hope most of the ‘snagging’ issues that remain on this first section will have been solved. Sections of phase two of the Trail will commence in Spring/Summer 2022 with the whole project due to be finished in 2024.