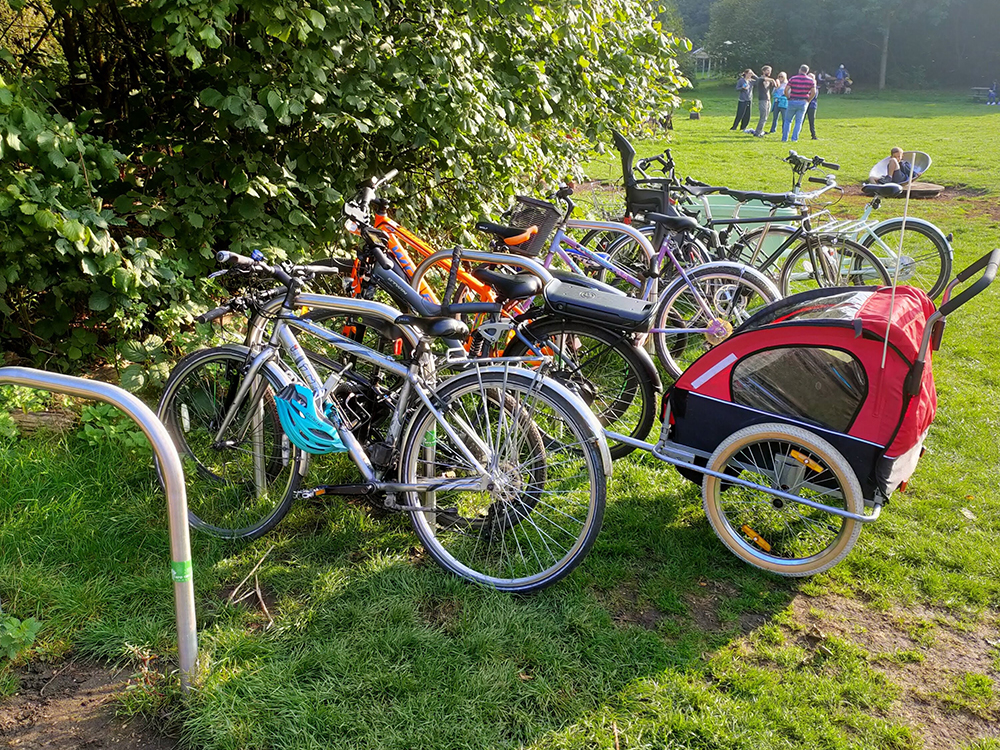 Spurred into action by the government’s Active Travel Fund, Milton Cycling Campaign was set up in summer 2020 by Milton residents Gabriel Bienzobas and Edward Taylor who were inspired to campaign for a low-traffic scheme for the village. Having grown in number and in activity since then, the group has a lively Facebook page and sends out a regular newsletter to its supporters.

Milton Cycling Campaign aims to enable cycling uptake and make cycling the default in Milton. It hopes to achieve this by encouraging a modal shift towards cycling (and walking) and supporting appropriate infrastructure measures in the village. 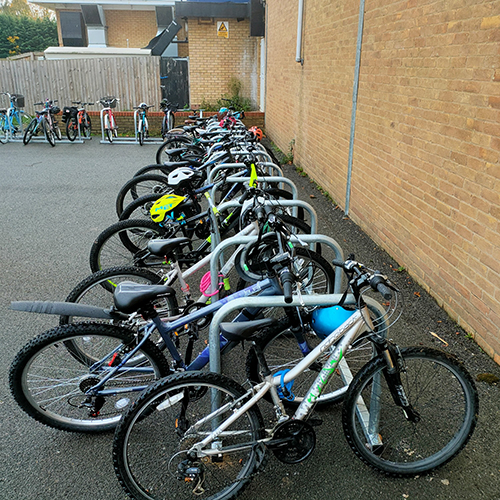 With Camcycle’s support, the group applied for funding through South Cambridgeshire District Council’s Zero Carbon Communities Fund and was awarded the maximum grant of £15,000 in December 2020. With this funding, Milton Cycling Campaign wanted to work with local organisations to provide high-quality cycle parking stands at key sites in the parish and on regular commuting routes for Milton residents, focusing on locations where the racks would be used often and helping to encourage efforts to reduce routine car use in Milton parish. Since then, over 200 stands have been installed including 140 new spaces at Impington Village College and the group has been busy on campaigns ranging from working on local issues along the A10 to signing the global cycling letter for COP26.

Milton Cycling Campaign’s guide to setting up a local group

Find out more about Milton Cycling Campaign on their Facebook page at facebook.com/groups/miltoncycling or email miltoncycling@gmail.com to subscribe to their newsletter updates.