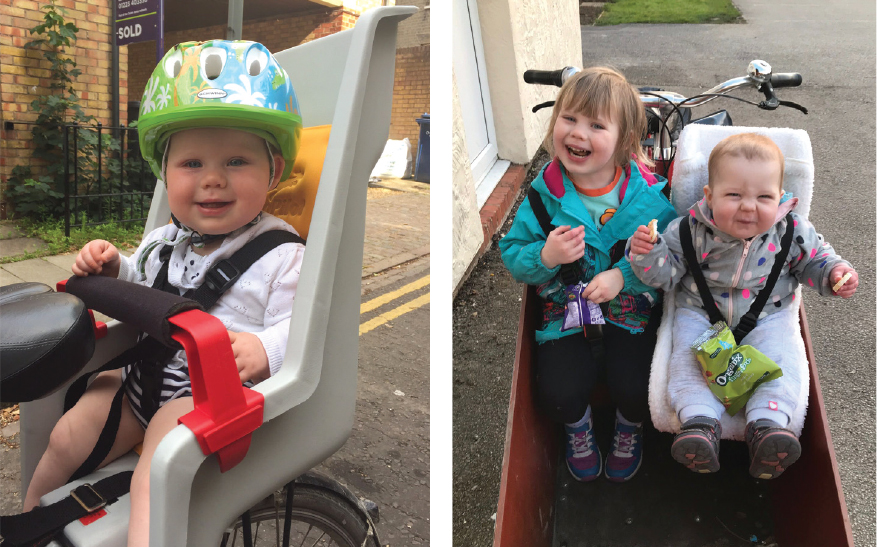 Aged four, Laura’s older child, who was particularly tall for her age, found there was a lack of headroom under the rain tent in the Bakfiets. She was also more independent, so Laura’s family added a FollowMe tandem hitch to the back of their Bakfiets (in addition to the ones on regular adult cycles) so she could pedal on her own bike when she wanted to. This turned out also to be popular with her younger sister, who used it well before she was three! 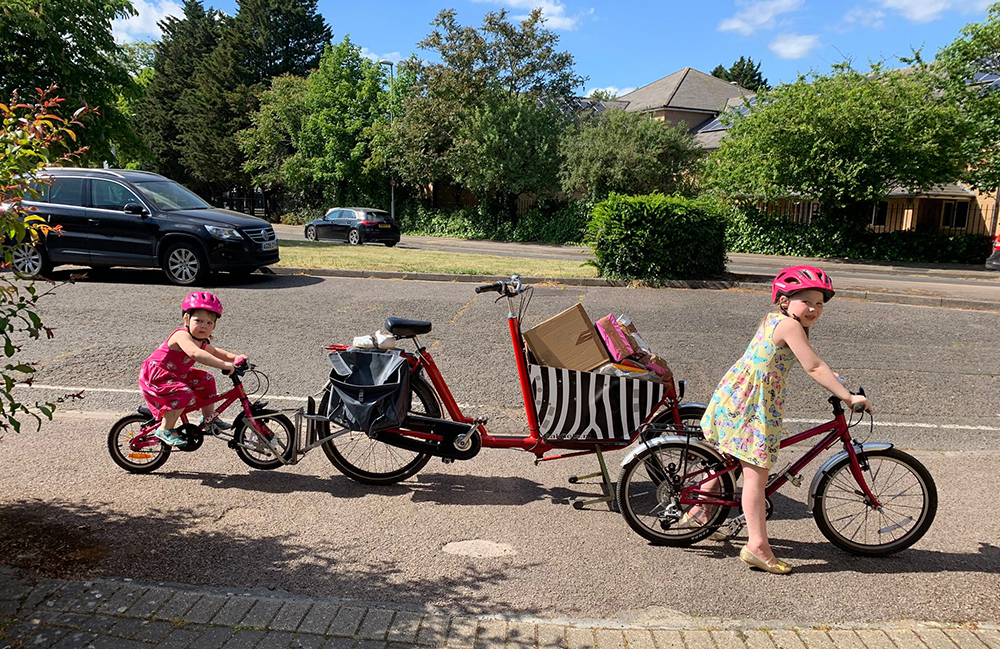 As both children grew bigger, it was time to upgrade to a larger family cycle and go electric. Laura’s family chose an electrically-assisted longtail cycle, a Bicicapace e-Justlong supplied by Power to the Pedal, which comfortably accommodates two children aged seven and four. Their belongings are also easily transported in the extremely roomy 80-litre front bag. 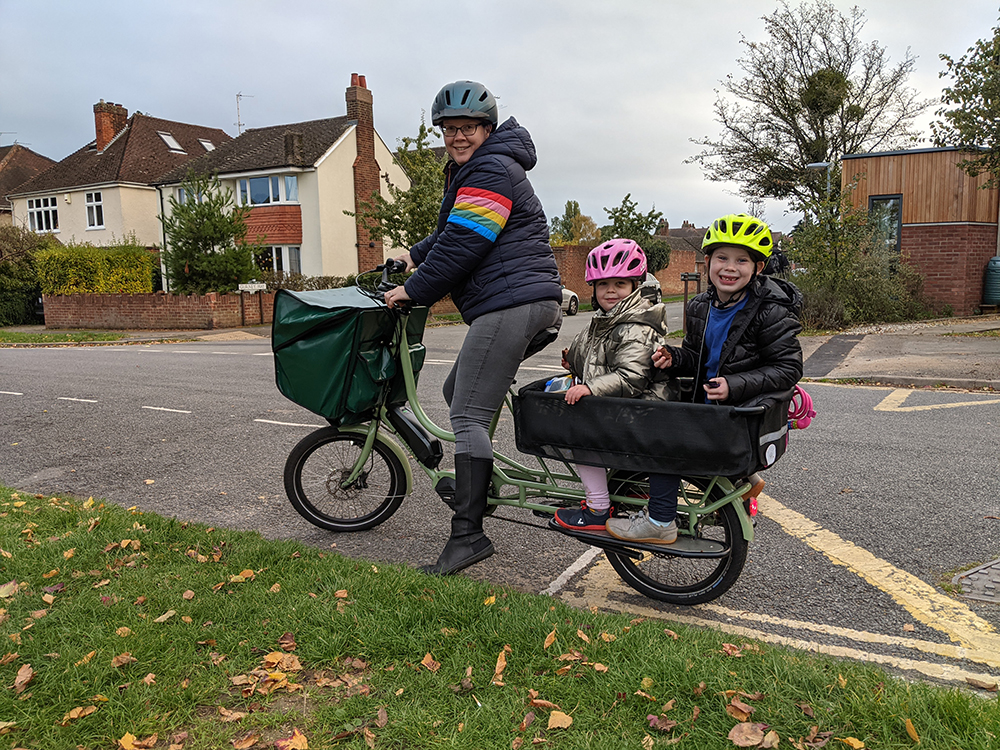