A green revolution is needed – and cycling must be part of the solution. Anna Williams takes a look at two of the Department for Transport’s latest publications. 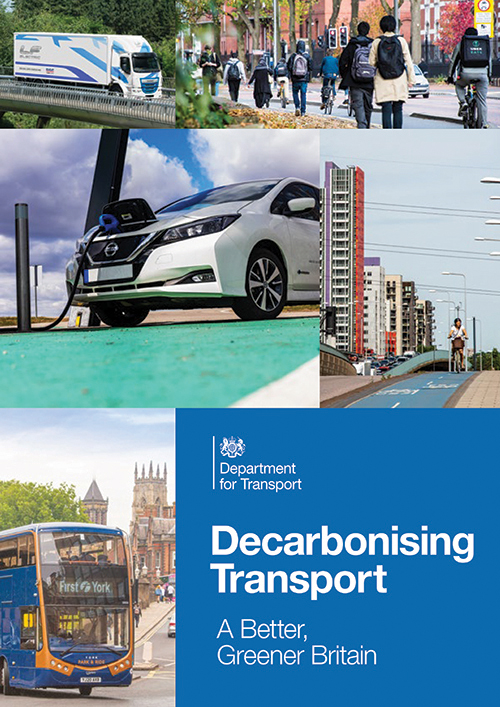 Recent governments like to build momentum for their announcements before actually publishing reports. This means they can direct the media narrative with a preliminary press release before facing scrutiny on a policy’s finer details. On the day the Decarbonising Transport report was released, most headlines focused on the goal to ban the sale of all petrol and diesel vehicles by 2040. The BBC News website proclaimed that the government’s green plan meant the public could continue to fly guilt-free thanks to the promise of technologies such as hydrogen aircraft and sustainable aviation fuel. Meanwhile, in a new glossy video, Transport Secretary Grant Shapps told us ‘we could carry on travelling where we want, when we want, without harming the environment’. In between the footage of electric cars and the hydrogen planes and trains was a promise that the government had put ‘ambitious plans to boost active travel at the heart of the strategy’ and was focused on ‘working with local councils to make active travel the natural choice in towns and cities by 2030’. So, did the report, when it was eventually published, live up to the hype?

‘Increasing cycling and walking’ is first on the list in the summary of commitments and ‘accelerating modal shift to public and active transport’ is the first of the six strategic priorities. The report acknowledges the way transport interacts with other areas such as planning and health, and is honest about the way previous policies have created the current levels of car dependency. It states that, over the last 20 years, the cost of motoring has fallen by 15% and reveals that the wider costs to society of the current transport system (with 87% of UK domestic transport emissions coming from cars, taxis, vans and lorries) are estimated to reach nearly £50 billion a year. We pay a high price in terms of air pollution, noise and public health, among other things, all of which would be improved if half of urban journeys were walked or cycled by 2050. The government says it wants less traffic in urban areas, with a world-class cycling and walking network achieved in England by 2040, and will support modal shift of road freight to sustainable alternatives including last-mile cargo bikes.

There is a lot of good stuff in this report, but there’s also a coy tendency not to look too closely at the figures needed to achieve the commitments set out. Are we actually on track to double cycling from 2013 levels by 2025? Already the 46% increase in cycling seen during the pandemic in 2020 is being suffocated by a clear car-based recovery. £2 billion for cycling over five years may sound like a big investment but, in fact, that only equates to around £7 per person per year or £2 million for those living in Cambridge and South Cambridgeshire, barely enough for a single Greenway or any major junction improvement (see page 9).

No changes have been made to the ‘ambitious roads programme’, nor is there any suggestion that road pricing might need to be part of the solution, despite the admission that relying on the switch to electric vehicles for decarbonisation is unlikely to deliver on climate change targets. The onus has been put on local transport authorities to make ‘quantifiable carbon reductions a fundamental part of local transport planning and funding’. Central government needs to ensure it is doing this too.

Read the full Decarbonising Transport report on the government’s website. 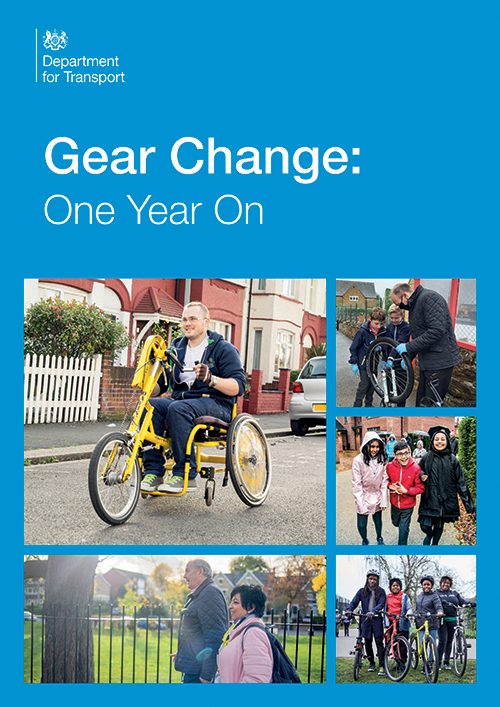 A year after the government published a report which set out its plans for what the Prime Minister described as a ‘golden age of cycling’, Boris is back to reiterate the national commitment to active travel and set out the evidence to bust a few stubborn myths. Between 2010 and 2020, urban motor traffic grew by a quarter and levels were predicted to increase by up to 51% by 2050. The solution is not to build more roads, but to make better use of the ones we already have, by encouraging sustainable modes of transport like buses, cycling and walking which can move more people more quickly within a constrained area.

Cycling was the only method of transport to grow in 2020 and this report includes some impressive statistics from last year. Cycling rose by 46% in England and the value of the UK cycling market increased by 45%. For the first time in history, UK expenditure on cycles exceeded one billion pounds and the number of e-bikes sold rose by 67%, comprising £280 millions’ worth of sales.
New schemes across the country had an impressive impact. An experimental lane on London Road, Leicester, saw cycling levels rise by 180% and up to 2,700 riders a day cycled along Chiswick High Road in West London. Many pages of the report are dedicated to investments already seen in active travel, from the 400,000 free Fix Your Bike vouchers and money for Cycling UK’s Big Bike Revival project to Cycle Rail funding, e-cargo bike grants and the first two tranches of the Active Travel Fund.

Low-traffic neighbourhoods (LTNs) have been (and continue to be) controversial, so this report gathers data to show that they do work in changing residents’ travel behaviour and that many common claims simply aren’t true. Traffic is reduced both within LTNs and on boundary roads, although some displacement effects may be felt at the beginning of schemes before they bed down. Evidence shows they do not increase emergency service call-out times, they benefit public safety and are socially inclusive. There is strong support for their implementation and councils must make sure they conduct consultations correctly and ‘avoid allowing any group to exercise a veto’. The Department for Transport has written to local authorities to underline that gathering and publishing proper evidence about the effects of schemes is essential and reminding them that future transport funding may be at risk if active travel is not taken seriously.

The report sets out an increase in spending for 2020/21 (although this is still from within the existing £2 billion active travel package) and has invited bids for Mini-Holland schemes outside London and a ‘cycling and walking on prescription’ programme. Changes to the Highway Code and a new commissioning body – Active Travel England – are coming soon and the Department for Transport is starting work on a new road safety framework and consulting on giving regional mayors new powers over major roads in their areas. The publication of the government’s reponse to the consultation on pavement parking is due later in the year, and the remaining elements of Part 6 of the Traffic Management Act will be enacted in December.

Read the full Gear Change: One Year On report on the government’s website.