Cycle safety is improved when drivers have better awareness of cyclist behaviour – why they might do certain things on the road, such as moving into the centre of the lane when approaching a pinch point – and a better understanding of the laws around cycling. Bikeability, the national cycle training organisation, has been working on a trial project with driving instructors across the country to improve understanding and cooperation between those who cycle and those who drive, thereby making the roads safer for everyone. 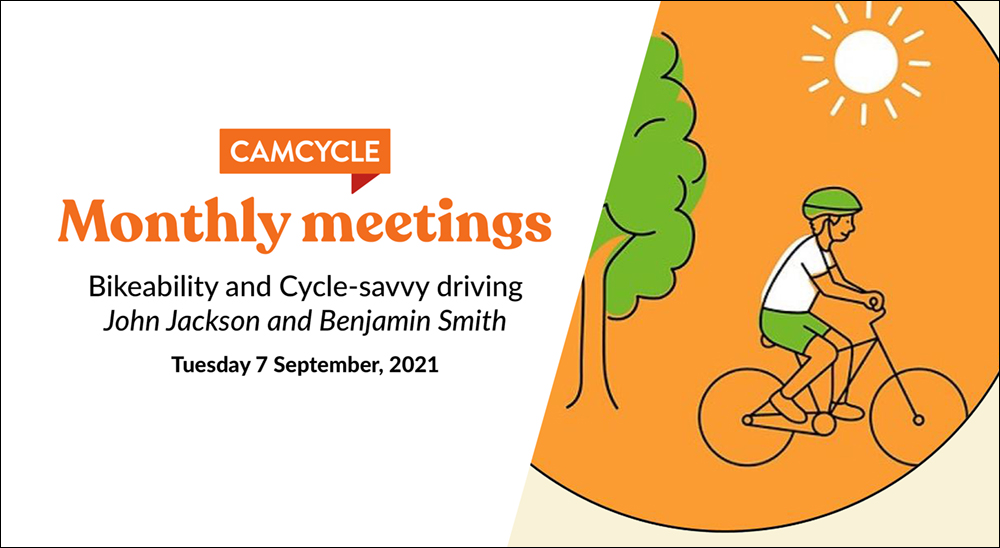 We welcomed trustee John Jackson and Head of Development Benjamin Smith from The Bikeability Trust
to our September meeting, to tell us more about the ‘Cycle Savvy Driving’ project. The pilot was announced by the Department for Transport in June 2018 and, since then, Bikeability has worked with driving instruction organisations (such as the Driving Instructors Association) and cycling organisations (such as Cycle Confident and Cycling UK) to develop a training programme for instructors and learner drivers.

Both online and practical modules are free; they launched officially in May. The eventual aim is to roll out the scheme to all Approved Driving Instructors and learner drivers across the country.

Watch the full meeting with Bikeability on Camcycle’s YouTube channel or view with useful links on our blog.