On Friday 8 March, the long-held dream of Camcycle member Jim Chisholm finally became a reality. Together with Councillor Lewis Herbert (Chair of the Greater Cambridge Partnership and Leader of the City Council) and Councillor Mandy Smith (Chair of Cambridgeshire County Council), Jim broke ground on the Chisholm Trail cycling and walking route at an official start-of-works ceremony on Ditton Meadows near the site of the new Abbey-Chesterton river bridge.

Jim thanked Camcycle members and volunteers for their support for his vision (first proposed in our newsletter back in 1998) and paid tribute to some of the many other people who had helped bring the project to life.

Organisations unite to call for more Space for Cycling 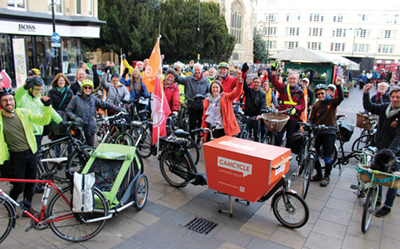 In April, we united with other local groups including Transition Cambridge and Extinction Rebellion to call for more space for cycling on the city’s streets. Around 50 participants, including Cambridge MP Daniel Zeichner, rode together through areas where we’d like to see improvements, including Station Square and Mill Road. The ride was part of our campaign encouraging residents to ‘Vote Bike’ in the May elections and joins our election survey as an annual part of this campaign.

If you enjoyed our Space for Cycling ride, read about Critical Mass rides in our Visit New Places Meet New People article. 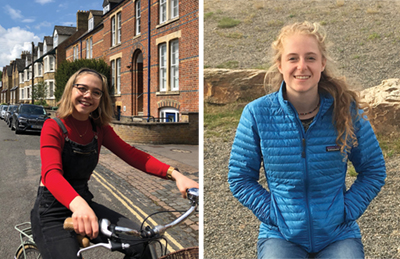 We’re pleased to announce that this summer we will be welcoming two paid interns to the Camcycle team. Ellie Gooch and Beth Barker will be joining us from July and helping with our Festival of Cycling, policy project, website resources, Mill Road campaigning and many other activities. We were so impressed by the candidates who applied for our internship programme that we wanted to hire two people. Thanks to the Cole Charitable Trust, Cobb Charity and generous donors for making this possible.

If you’d like to support the work we do, visit camcycle.org.uk/donate

Get involved with the 2019 Cambridge Festival of Cycling 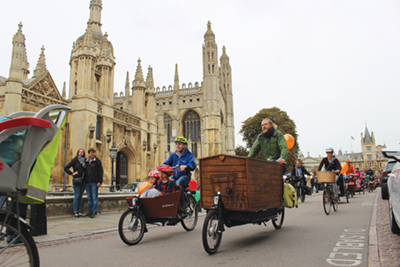 After an amazing launch in 2018, the Cambridge Festival of Cycling is back! Join us for another month of cycling celebration as we ride through September in style, beginning with a social ride to Milton Country Park and featuring a bigger and better Cargo Carnival with stalls, cycle tryouts and lots of advice on pedal-powered cargo.

There’s still time for local people and organisations to get involved, so get in touch now if you’d like to sponsor, host or volunteer at a cycle-themed event.

Read more on page 23 and find the latest news cambridgefestivalofcycling.org