There will be no disagreement amongst Camcycle readers that riding a bike is a great skill to teach children. Getting children out cycling provides them with a wide range of benefits: a healthy activity, independent mobility, a connection to their community and environment and many more. But how do we teach this skill? I’m going to take a look back at the steps taken to get my eldest cycling. I hope it will be a good refresher for teaching his sister and will provide advice for other parents approaching the same task.

Initial investigation showed that the approach my parents had taken with me (and in fairness to them by most parents in the UK at the time), first to get a child pedalling on a stabilised bike and then teach them to balance once they were mobile, is falling out of favour. Now, a child is first taught to balance, with other riding skills tackled afterwards.

Once walking, both my children started out on a Toddlebike, at around 18 months for my son and 24 months for my daughter. This bike-like toy from Lena Toys has four narrowly spaced wheels, making it ideal for very small children to get used to the movement of a balance bike, without the need for much balance. Most children, mine included, initially straddle the ‘top tube’ pushing it along as a walker toy. As they get taller they’ll move onto the seat to scoot it along like a balance bike, while benefiting from the stability of the four wheels. The plastic used is light enough for a toddler to carry it on their own, yet thankfully very robust – my daughter has thrown it down skate ramps a number of times without it coming to harm, and it has seen use with both our children and been lent to others in between.

At around 30 months my son moved onto a balance bike. With two wheels, but no pedals, these are scooted along like the Toddlebike toy, but balance is required to keep it upright. We opted for the German-designed FirstBIKE. It has a fibreglass/nylon composite frame which is both lightweight and hardwearing, ideal for a small child to move on their own and not an issue if left out in the rain between play sessions. It also introduces the idea of braking, with a drum brake on the rear wheel. An optional lowering kit is available to extend its range to younger children. Start a child out walking it along, then gently encourage them to lift both feet for a short moment after each scoot. Finding a gentle downhill slope can help to extend the distance travelled with feet off the ground. My son soon got the point of building speed by scooting before lifting his feet to enjoy coasting along, clear that he’d mastered the balance. We played some practice stop games to get him used to using the brake – saving his trainers from scuffed toes.

While small enough for each of these toy bikes my children travelled on my bike in a rear seat. I think it’s worth a little aside to note that I was able to bungee-cord each toy bike to the back of the seat, which meant I could take car-less trips to fun places to practise. We’re not quite a car-free cargo-biking family, but I expect a cargo bike would be more suitable than our setup! Whether on a seat or in a cargo box, these rides with small children on your own bike are a great opportunity to talk about things to look out for when cycling. Have them spot dogs, other riders and street signs and get them to help out: little children love to wave at passers-by and enjoy copying your signalling.

With the balance mastered, my son received his first pedal bike as a fourth birthday present. I’ve heard of many children making this transition much younger, so do try when yours seem interested in a proper cycle but don’t force the issue if they’d rather stick with a balance bike. Up till this point my teaching had been largely hands off, simply providing the toy for him to play on. However, starting with pedals needed some assistance. In our case a gentle hold while he started to move and got going with the pedals. Save your back and give your child a better sense of their own balance by holding them higher up their back or from the shoulders, rather than from the hips as many people default to. However, with the skills learnt on the balance bike this assistance shouldn’t be needed for long. It was a magic moment for my son – and a proud one for me – when he was able to ride a ‘real’ bike the same day as receiving it, then starting unaided within a few more practice sessions. Very different from the many practice sessions I recall transitioning away from stabilisers on my first bike.

I think part of the success is in choosing a good bike that is designed to a child’s proportions with high-quality parts to keep the weight manageable. We chose an Islabike – it was the first brand to make bikes for children of this kind, but Dawes, Frog, Hoy and many others have since moved into this space, reducing the price to customers through competition.

My son has since moved onto a larger bike from the Frog range of children’s bikes. When moving up to a larger bike it is generally recommended to skip a size since there is enough overlap between different-sized bikes to maximise the riding from each. It can be expensive to buy each bike new, but the value in a high-quality kids bike is well recognised, so there is a good second-hand market which can help reduce the cost or recoup investment. Alternatively, there are now bike clubs where a child bike can be hired for a monthly fee and swapped for a larger one whenever it is outgrown.

The larger Frog bike adds the challenge of learning to move up and down gears to make his ride easier. The increase in speed enabled by gears makes it viable to take utility trips with him riding independently, so I have recently been building his strength and stamina with increasingly long rides. These are mostly traffic-free rides along the Busway, helping to build his confidence without the stress of interacting with drivers. However, we also take rides together around our village to learn about road positioning and navigating junctions. As we go we talk about things we can see which helps to build hazard awareness and learn about road markings and signs.

Throughout all of this there are occasional mishaps. As a parent you can’t help but worry when your child falls off their bike, but I’ve found it’s important not to lose confidence by ending on a low point. So we’ve always made a point of getting him back on his bike and riding soon after a tumble, even if it’s just a quiet loop of the housing estate. This makes it much easier to get out on the bike next time.

So far he seems to have the cycling bug; he loved being part of September’s Social Ride and has just enjoyed the first Reach Ride in which he rode independently on his own bike!

4 REASONS TO LEARN WITH A BALANCE BIKE 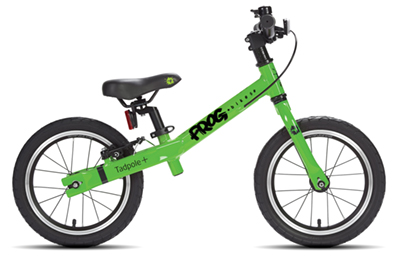 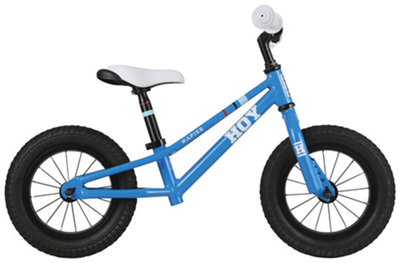 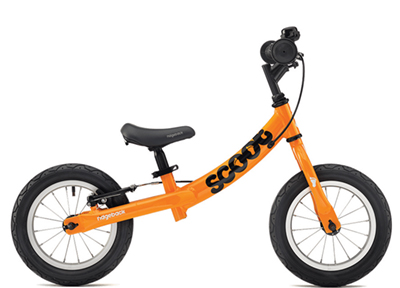