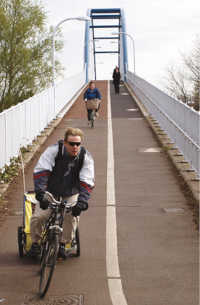 Members have been preparing Camcycle’s response to the Greenways consultations. Overall we are supportive of these schemes.

An underpass for the A14 is essential for the Waterbeach Greenway. We note it is important that this is made wide enough for a separate footway and cyclepath. We would like to see improvements made to the Jane Coston bridge approaches and to Cowley Road to connect the Greenway to nearby employment centres. The section along the railway is the core of this proposal, but the proposed width is insufficient. We’re suggesting a 3.5m-wide cycleway with separate 2m footway appropriate to the expected use here. Into Waterbeach we would like to see all three route options taken forward, as each has a different purpose; a connection to the industrial employment area, a primary route for the existing village and a link to the new town development.

For the Fulbourn Greenway we agree that the Carter Bridge approach and Devonshire Road junction need improvement, and are asking for more detailed plans. The lower cost option is preferred for the bridge, as the estimate attached to the alternative would pay for significant improvement elsewhere. We support improvements to the Tins Path, but feel they do not go far enough; there is an opportunity for a wider path to be funded by the major housing developments along this Greenway route. Through Cherry Hinton we prefer the railway path as long as consideration is given to the safety of the many existing access points. While Cow Lane is already a quiet route, it connects to fewer local streets than does Pierce Lane, so we see value in making this road suitable as the Greenway.

Normally around this time of year, we would be celebrating 1 million cycle trips past the Parker’s Piece cycle counter, the maximum amount that the counter could track. Every year we reach this milestone a little earlier; however, we won’t be able to celebrate this year as the counter, near the Gonville Place crossing, has recently been removed in preparation for a new counter capable of tracking 1.5 million journeys. This is excellent news, but will it be enough? How long until cycle journeys surpass the 1.5 million limit?

Join us on our members’ forum to discuss our latest Greenways responses. 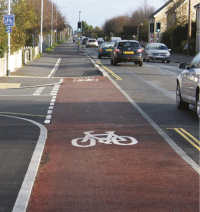 Work is underway on the Fulbourn Eastern Access scheme. The northern side of Fulbourn Road has been completed and work has moved to Yarrow Road for a while, before returning to finish the floating bus stops on both sides near the Robin Hood junction. Members report that the new hybrid lanes are a very nice improvement over the previous layout, though we are concerned at the shared-use behind the car parking. This was not shown as shared-use on the final plans seen by the Campaign. Also of major concern is a right-angle turn and give-way line, instead of a proper merger when the cycle route rejoins the road. We are told this is a temporary arrangement ahead of later work.

We’d like to see improvements to the Jane Coston bridge approaches as part of the Waterbeach Greenway.