The Campaign submitted the following petition to Cambridgshire County Council on 5th October.

We, the undersigned, call on Cambridgeshire County Council to restore Gonville Place crossing and to make it again convenient and safe for both cyclists and pedestrians. In particular we ask that the following changes are implemented without delay:

The petition was signed by well over 500 city residents, an extraordinary number as the petition was put together, signed and submitted to the Council in just a few days. We were told by the County Council that those living outside the city were not eligible to sign even though the council tax they paid contributed to the cost of the crossing. Many use the crossing daily on their way to work. If they had been eligible, we have no doubt from the responses that we have received that the petition would have been signed by hundreds more people.

Journalists are welcome to make use of these. Click on a photo to get a full-resolution version. 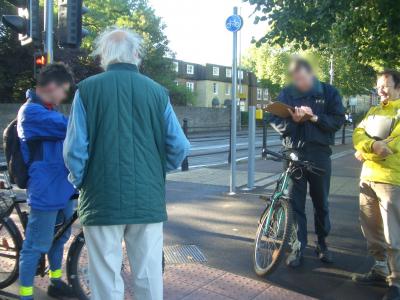 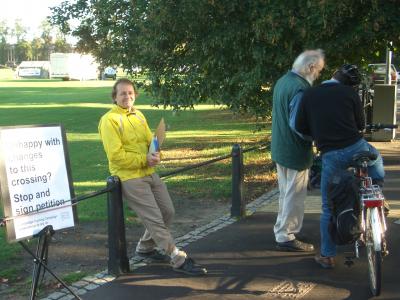 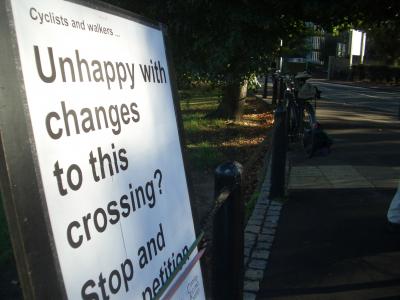 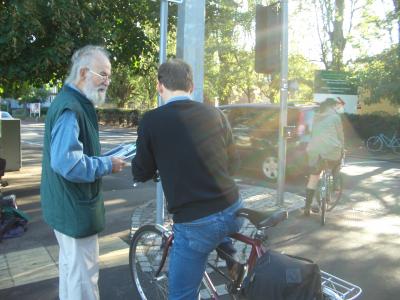 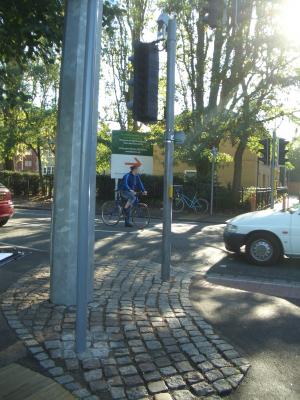 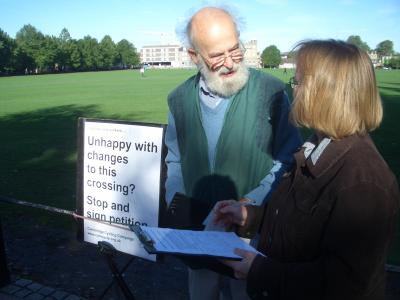 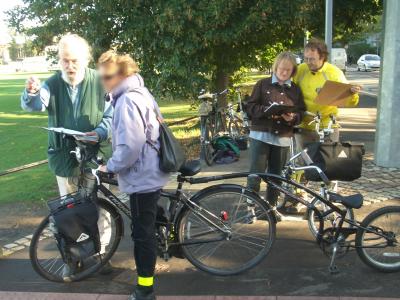 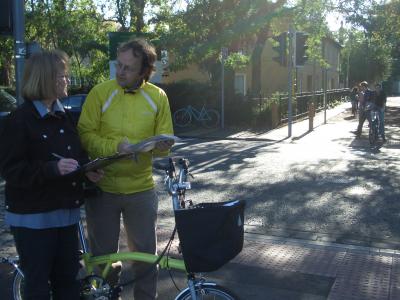 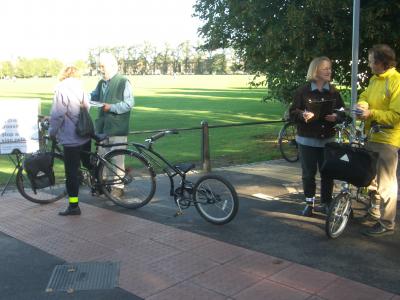 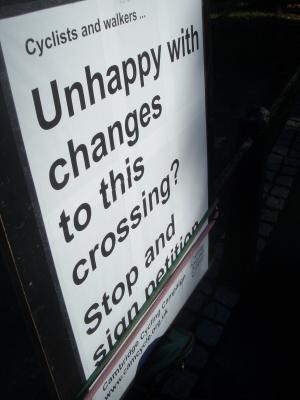