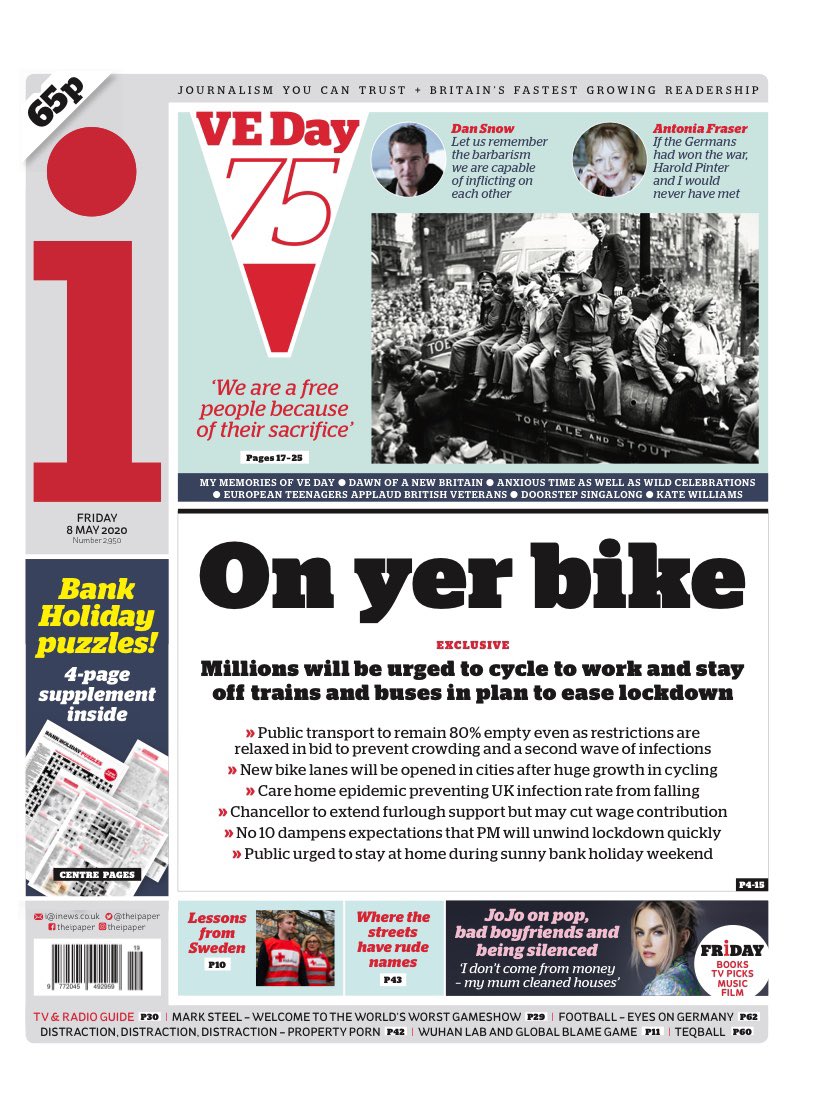 When Boris Johnson shared his wish for a ‘new golden age of cycling,’ on Wednesday 6 May, cycling advocates across the country waited eagerly for the details of how this would be achieved. Details of a £250 million investment to encourage more people to cycle to work following the lockdown period were widely reported in the media over the following days, and on Saturday 9 May, Transport Secretary Grant Shapps finally revealed the details. Here’s a summary of the announcement’s key points, as well as information on the government’s latest position on daily exercise:

The aim of these measures is to get people moving again safely without causing further congestion. In order to maintain a safe 2m distance between people during the pandemic, public transport will be reduced to a tenth of its previous capacity in many areas and an already busy road network will be overcrowded if 90% of past passengers switch to driving as we emerge from lockdown. This would lead to further delays for those who cannot or do not drive and rely on public transport to reach their destinations. The government wants those who already walk or cycle to continue doing so and to encourage more people to join them.

This money will come from the £5 billion announced for cycling and buses in February. Full details of how this will be spent will be set out in a new national cycling plan to be published in early June, in line with the statutory Cycling and Walking Investment Strategy. However, the Department for Transport’s own research reveals that £6 billion will be needed to meet the target to double levels of cycling: some of that funding is expected to come from local sources. 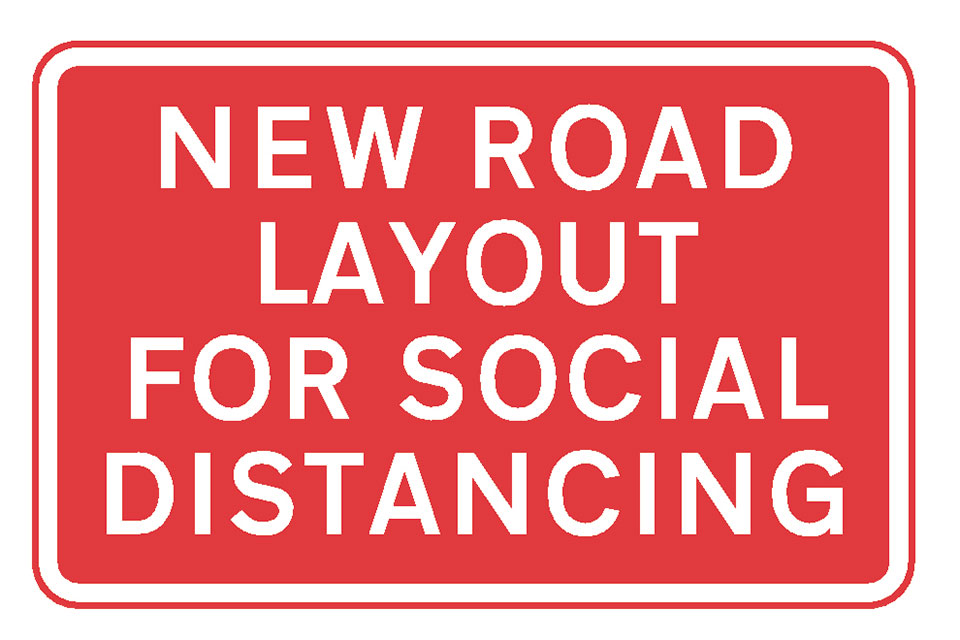 The government expects local authorities to make significant changes to road layouts to give more space to cyclists and pedestrians, with all measures implemented within the coming weeks, to ensure an urgent change to travel habits before the lockdown is relaxed. The new guidance includes details of measures that should be implemented, including ‘school streets’, 20mph residential zones and modal filters. It also includes new designs for traffic signs. Evaluation of schemes must be included to encourage authorities to make temporary measures permanent where possible, enabling a long-term shift to active travel as the economy is moved ‘from restart to recovery’.

There has been a massive uptake recently in people using the Cycle to Work scheme, that allows employees to save up to 39% of the cost of a new cycle or e-bike. The government will work with employers to increase uptake further as well as boosting bike fixing facilities and beginning a new voucher scheme for repairs and maintenance.

The government also recommends that additional cycle parking facilities are installed at key locations, such as outside stations and in high streets, to accommodate an increase in cycling, for example by repurposing parking bays to accommodate cycle racks.

Higher standards (long overdue) are expected for all permanent infrastructure in England. They will be monitored by a new cycling and walking inspectorate, headed by a national cycling and walking commissioner to develop an inspiring vision for active travel. This will be supported by a long-term budget for cycling and walking, similar to that which already exists for roads.

The UK is currently one of only five countries in Europe that does not operate a system of ‘presumed liability’ when it comes to traffic collisions. Presumed liability changes the hierarchy of our streets to put the most vulnerable first; it means that, in the event of a collision, the driver/rider of the heavier vehicle is held liable for civil damages unless they can prove they were not at fault. This means that cyclists, pedestrians and other vulnerable road users who are involved in collisions can be compensated fairly and quickly, avoiding the need for expensive litigation. More details on the government’s planned legal changes are expected later in the summer.

Another measure which will be part of the government’s new Cycling and Walking Investment Strategy, this idea has already been trialled in several areas of the country through schemes such as Cycling for Health in West Yorkshire and Wheelness in Inverness (both supported by Cycling UK), and nextbike on prescription in Cardiff.

As cycling moves to the heart of the UK government's transport policy, it's time to #GetPedalling. Getting on your bike now will help take pressure off public transport and help you look after your health.Let’s all #GetPedalling and help Britain on the road to recovery.

Unfortunately, the first element of this campaign was a video from three professional white male cyclists in lycra, an image that doesn’t really fit with the everyday journeys under three miles that the government is looking to encourage. Statistics show that levels of cycling are up 70% in several areas of the country with many photos showing children and their families enjoying cycling for the first time.

The government wants to get e-scooter rental schemes up and running as fast as possible to help reduce car use and take pressure off buses for shorter journeys. Trials of e-scooter rentals which were scheduled for next year have been brought forward to next month and are extended from four local authorities to every authority in the country that wants them. £10 million of additional support was announced for car-charging points on our streets (the locations of these will need to carefully planned to avoid obstructions to those walking and cycling) and the creation of at least one ‘zero-emission city’ is planned with an urban centre accessible only by cycles and electric vehicles.

Although this point was made in the context of not forgetting families for which ‘the car will remain the mainstay,’ better-maintained roads will benefit all road users, making them safer for those walking, cycling and using mobility aids.

This announcement, which came from Boris Johnson’s speech on Sunday 10 May, will mean people can walk and cycle outdoors for as long as they like, while continuing to following guidelines on maintaining at least 2m distance from others. Outdoor exercise could be in one long session or several over a day. Most exercise should still only be done with members of the same household; however, if appropriate distance can be maintained (for example, while cycling), this can be done with someone from another household. There are no restrictions on how far you can travel to exercise or spend time in outdoor open space as long as you return to your home at the end of the day. 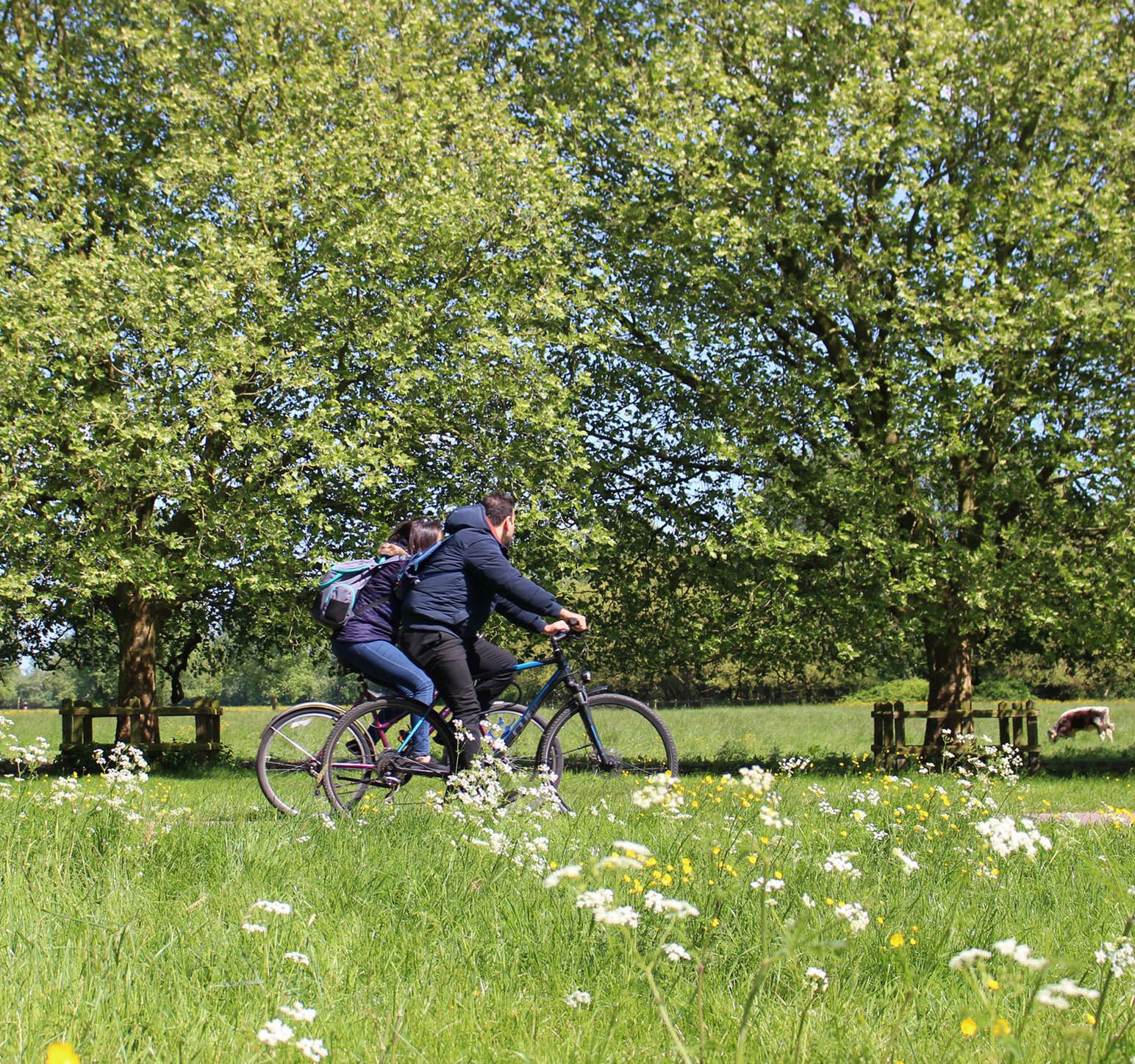 Camcycle welcomes these moves to a safer and healthier society, and notes that one of the biggest changes to come out of Saturday’s announcement was the step-change in language around active travel. There are now clear signs of the political will to increase cycling from central government and strong expectations that local authorities act quickly to implement their plans. Answering questions after his speech on Saturday, Shapps said that getting more people cycling would benefit everyone. He said that if “cycling increased by only 5% it would mean 8 million fewer car journeys, 9 million fewer rail journeys and 13 million fewer bus journeys.” He made clear that more people cycling and walking would keep people safe during the pandemic, improve long-term physical and mental health, reduce air pollution and was good for retailers, business and the economy. Public information is telling people to “walk or cycle wherever possible,” so it is time for local authorities to roll out the emergency schemes needed to keep them safe.