On Tuesday 26 May, the Greater Cambridge Partnership (GCP) published updated proposals for a segregated public transport project between Cambourne and Cambridge avoiding route alignment along Adams Road. The decision was made to return to the previously proposed alignment via land known as the Rifle Range following local concerns regarding cycling safety and to ensure compliance with a new sub-strategy for Cambridge Autonomous Metro (CAM) schemes from the Cambridgeshire and Peterborough Combined Authority. The public transport route – often referred to as the Cambourne to Cambridge busway – intended to be served by electric vehicles, will be reviewed at a meeting of the GCP Joint Assembly on 4 June with final consideration by the Executive Board made on 25 June. 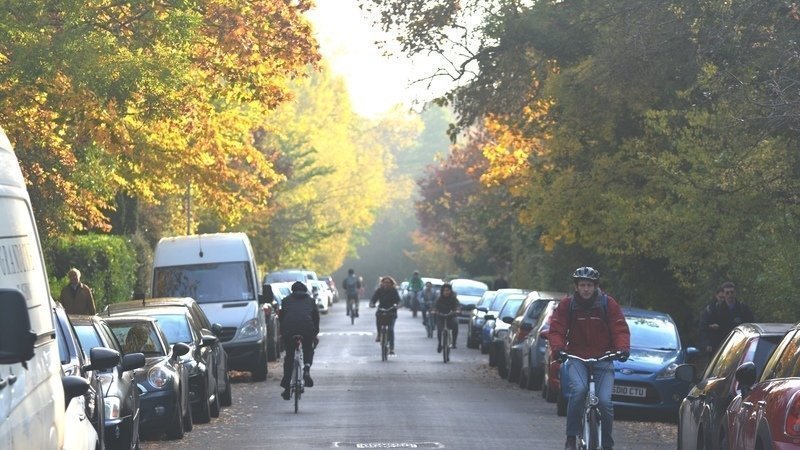 The strong local campaign ‘Save Your Cycle Route’, supported by Camcycle and Cambridge’s MP Daniel Zeichner, successfully made the case that routing a busway down Adams Road would bring two sustainable modes of transport into conflict, making the street less safe for cyclists and causing delays for buses. GCP transport director Peter Blake said: “Assessment of Adams Road and Rifle Range alternatives has always shown benefits and drawbacks for both routes. A key benefit of a continuing off-road route is higher journey time reliability and fewer delays when not sharing road space with general traffic. Segregated walking, cycling and horse riding provision along the new route will create a continuous link to the city from villages and towns to the west and create additional capacity for growing numbers of cyclists accessing university sites.”

Camcycle would like to thank our members and supporters, and the local campaign for their work in achieving this success. We strongly support new GCP proposals to review the current situation on Adams Road. Suggested improvements to reinforce its role as a ‘healthy street’ that promotes an active lifestyle would also support the increased levels of cycle traffic predicted along this corridor in future. Removing car parking from both sides of the street would be a quick, low-cost step towards achieving these aims and other measures could be trialled as part of the list of temporary schemes to get more people cycling after the coronavirus lockdown period.

The issue of whether a busway is the best way to increase usage of public transport in the area is outside our charitable remit. However, we recommend that, in the first instance, the GCP should proceed immediately to implement motor traffic reduction measures such as those listed in new proposals to develop the City Access strategy, respond to the recommendation of the Citizens’ Assembly and address the impact of Covid 19. This would allow more space for improvements to existing walking, cycling and public transport networks in the West Cambridge area and would be a quick cost-effective way to achieve immediate impacts on congestion, air quality and carbon emissions.