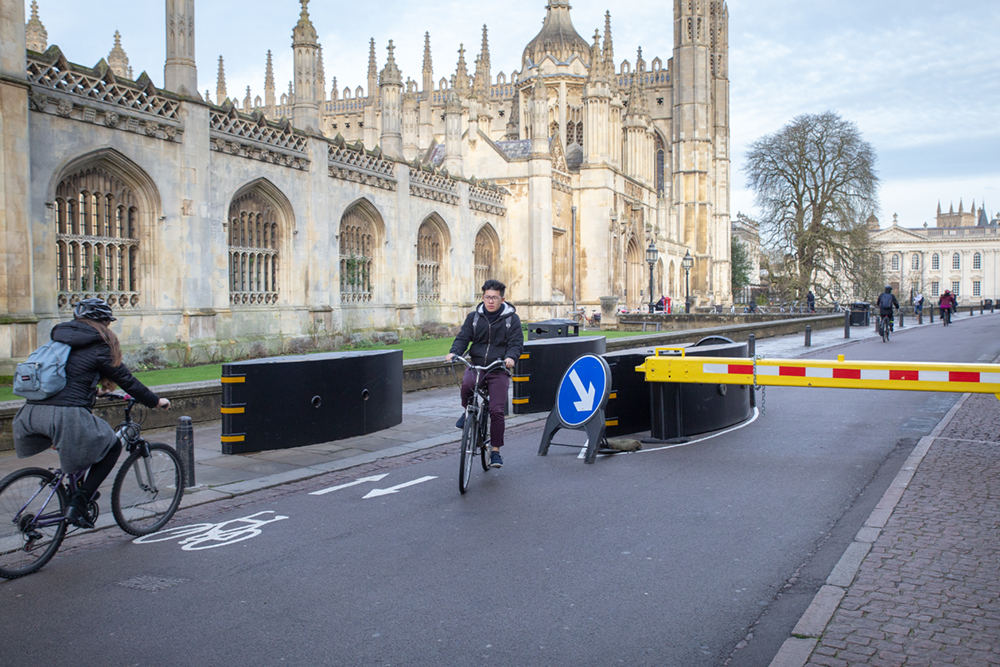 Over 1,000 people have signed a petition to Cambridgeshire County Council against the abolition of the Cambridge Joint Area Committee (CJAC), a key forum for discussions on transport issues in the city. On 22 April, members of the county council’s Constitution and Ethics committee voted 5-3 in favour of scrapping the CJAC and a final decision will be made at a meeting of the full council on 19 May.

The Cambridge Joint Area Committee has existed for over 20 years, playing a central role in decisions on transport matters including cycling projects, pedestrian crossings, traffic calming, residents’ parking schemes and electric vehicle charging points. The committee comprises members from both the city and county councils. Meetings are well-attended by members of the public and representatives of local groups who have helped scrutinise local transport decisions. Over 50 public questions objecting to the committee’s abolition were submitted to the county council, with many of them coming from local residents’ associations.

Michael Page, of Hurst Park Estate Residents’ Association, said: “This proposal has come as a surprise to residents in Cambridge and we are very concerned that it should be coming forward for decision so soon during the Covid lockdown. We are also concerned that this proposal will strip away an important element of local democracy which currently enables residents, through their local city councillors and CJAC, to engage in important decisions affecting their lives. We fear that decisions will have to be taken by councillors elsewhere in the county who will not have the benefit of local knowledge and the evidence and pre-scrutiny currently provided by the CJAC process.”

Paula Downes, of Coldhams Lane Residents’ Association, pointed out the impact the CJAC had had on local issues such as the improvement of safety at the Cromwell Road junction with Coldhams Lane, while Cllr Lewis Herbert, Leader of the City Council, spoke at the Constitution and Ethics Committee to share his concern about the consequences that the decision would have on the wider vision for the city. This included an impact on Cambridge’s ability to tackle major congestion problems and address issues including air pollution and the climate change emergency. He said: “An issue like the recent consultation on the security barrier on King’s Parade isn’t just a small issue. It’s an issue on which businesses, councillors and people from across the city are entitled to have a say… CJAC is our equivalent to a town or parish council.” He urged councillors to keep the committee as both a voice for the city and a key partnership with the county council, which is the local highways authority.

Camcycle, the Cambridge Cycling Campaign, also voiced its objection to the plans. A spokesperson said: “Camcycle is strongly of the view that decisions about transport and development in Cambridge should be a democratic process including city residents and councillors. These proposals will silence the voices of those whose views are most needed: the residents and workers of Cambridge.

“Cambridge is a different place to rural towns and villages. It is a dense city, with high levels of employment and housing, and is struggling with the effects of the councils’ growth agenda. It also has by far the highest levels of cycling. As a result, allocation of road space is very highly contested, unlike other areas.

“The Cambridge Joint Area Committee over the past 20 years has regularly seen strong debates about balancing the needs of residents, commuters, those driving, those cycling, and so on. It is right that those debates should continue.”

The cycling charity encourages all those in favour of retaining this essential committee to write to their local county councillors and sign the petition from local group Smarter Cambridge Transport on the county council’s website.