The Campaign is disappointed to hear that the Joint Development Control Committee — Cambridge Fringes on the 17th December approved a terrible plan for squeezing cyclists and people walking on to a narrow pavement to access the new Chesterton train station.

Shared-use routes are a common cause of complaint from pedestrians and people on bikes alike. The Campaign is against converting urban roadside pavements to shared-use, and objected to the proposals on those grounds. The frequent adoption of pedestrian space for walking and cycling by the councils normalises cycling on pavements, creating confusion about where it is legal and where it is not.

The Campaign has to question why, soon after a crackdown on cycling across Christ’s Pieces supported by councillors, the joint district councils are introducing new narrow shared-use routes. It seems that there is sufficient concern about pedestrians and cyclists sharing space to warrant police action against people cycling on badly-signed paths, but not enough to avoid the situation happening legally by creating new sources of conflict. 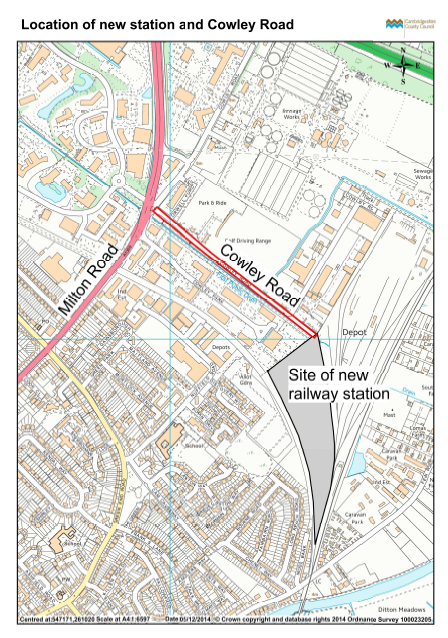