This guest piece has been contributed by local cyclist and blogger RadWagon.

I love the Tour de France and cycle racing generally, celebrating names like Chris Froome, Fabian Cancellera, and Rui Costa. Hands up how many people here know those names?

This is not anything to do with what we want to do in Cambridge!

I do have much experience of the Tour de France in France. I’ve seen it 50 times in holiday trips over 7 years.

Historically, the race was set up to promote the towns and country around France. The most important thing to towns that get the Tour is not about the bike race. It's a chance for the town to proudly show off its local culture, in front of the world’s cameras. That's what Cambridge people can do for their town on Monday July 7. 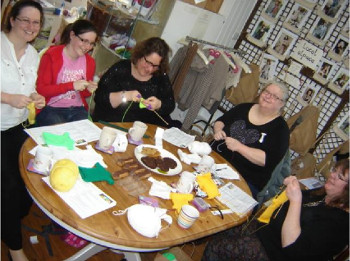 To me, we have a strong tradition of knitting in Cambridge, often outwardly displayed. From knitted lampposts, trees, to bikes which helps the YouCanBikeToo charity, enabling cycling for all abilities.

I thought it would make a fantastic event to involve as many people as possible knitting little jerseys and wheels for display on the route. It'll give the people of Cambridge a chance to celebrate themselves whether they are interested in cycle racing or not!

Since coming up with this idea, it's snowballed massively with enthusiastic support coming from all directions. It's been so great to meet so many new people, all excited about doing something for their town. 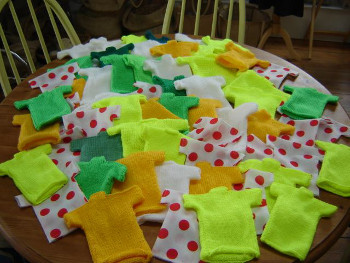 This has also got support from the city and county councils as well as local businesses and Cambridge Business Improvement District, to the extent that we been given some prime locations in the city centre, along Sidney Street and at the Round Church corner.

We are looking to involve schools and have an ex-headmistress co-ordinating efforts getting children involved. Indeed the idea that we can bring a little confidence through simple creation projects is central to the idea.

We do need to create 2000 jerseys. That's our aim. It's a big ask but I think it is well within the capabilities of the enthusiastic responses we've had so far, and knowing there are many more to come.

We do want to include fabric printing as well, just to widen the reach of the project to more people.

Any support anyone can give within local groups is welcome!