The North Area Committee will shortly consider consultation on the first phase of the new 20mph project for Cambridge. A map is included within the documentation.

We fully support local residents' calls to introduce 20mph limits in Cambridge, and would wish all local streets except A and B roads (the main through routes) to be included from the start.

Such limits make streets far more pleasant for those who live on them, enabling many more people, especially the young and old to move around on foot or on bike in confidence.

Widespread introduction of such limits in other cities has proved popular to all but a very small minority, and on roads such as Gilbert Road it should yet further reduce those riding cycles who feel it is so unsafe on the road that they resort to cycling on the footways.

Recent Government guidance now more fully supports such 20mph limits without the need to introduce unpopular speed bumps, and the police do have the powers to deal in an effective way with those whose speed is excessive. 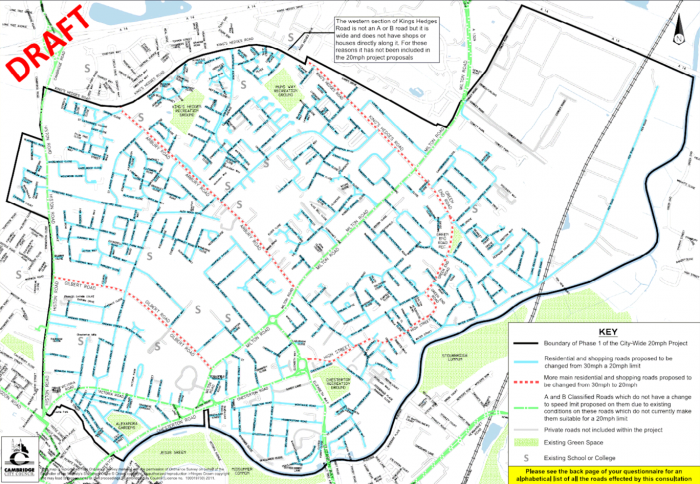