After a lot of background work, the architects in charge of the 3,000 cycle parking places at the station have unveiled their plans at the public general meeting of Cambridge Cycling Campaign.

A spokesperson for the Campaign said:

“We are delighted that after 10 years of campaigning the problem of cycle parking at the station is finally being addressed in such a comprehensive manner. Demand has consistently been higher than the number of racks currently in place and this new, 3,000 space cycle park will also go a long way to addressing the fly parking that this lack of provision has encouraged."

The structure is based on Dutch models. It will be by far the largest bicycle parking structure in the UK, with Leeds (400 places) in second place.

There were some suggestions during the meeting how to better manage potential conflicts with cars at the entrance. There was also a sense that the new structure could result in hiding cycling from view, and the desire was expressed to add a prominent feature to the station plaza which will announce clearly and loudly that Cambridge is the national leader in cycling.

"Some of our members are also concerned about the proposal that the ramp between floors is not cycleable, a matter we raised at an early stage with the developers. Although based on a Dutch design, we are not convinced that a claimed health and safety reason was really valid."

The Campaign wishes to continue to work constructively with both developers and rail authorities, to ensure the success of this venture. 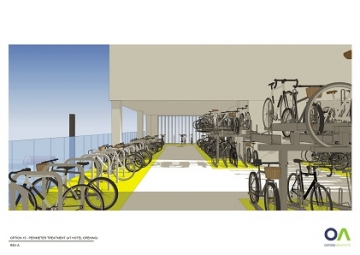 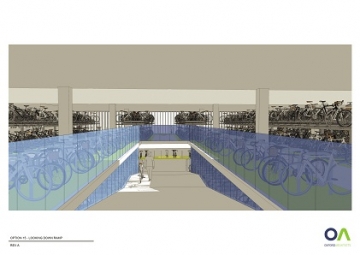 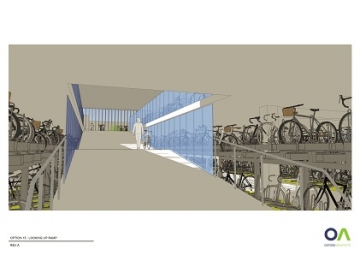 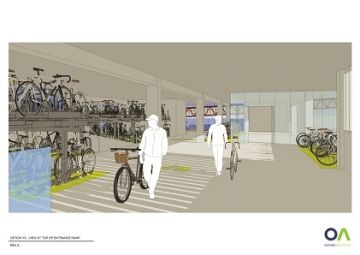