A fairly commonplace article appeared in the Cambridge News at the end of August. I think it says a lot about how cycling is viewed. I think it illustrates victim blaming. 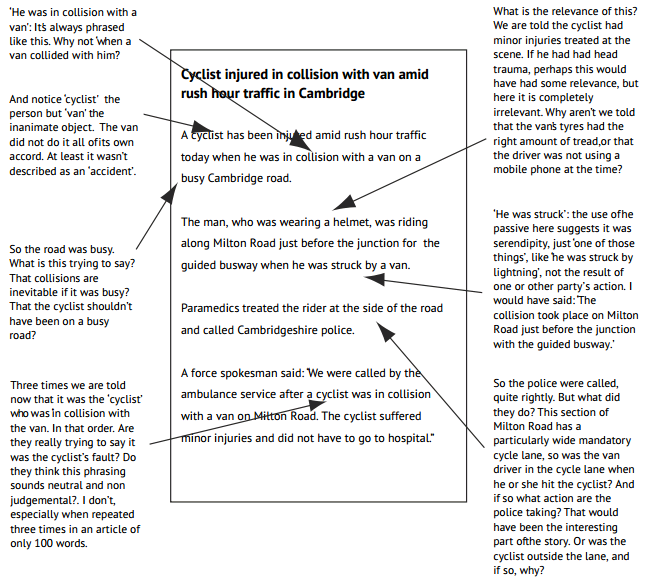 A cyclist1 has been injured amid rush hour traffic today when he was in collision2 with a van on a busy3 Cambridge road.

The man, who was wearing a helmet4, was riding along Milton Road just before the junction for the guided busway when he was struck5 by a van.

Paramedics treated the rider at the side of the road and called Cambridgeshire police6.

A force spokesman said: “We were called by the ambulance service after a cyclist7 was in collision with a van on Milton Road. The cyclist suffered minor injuries and did not have to go to hospital.”