In September 1997, 11 members of Cambridge Cycling Campaign spent a weekend in the Dutch city of Groningen, to gain an understanding of why it has such a high number of cyclists, and to get ideas and inspiration for Cambridge.

Here’s what we saw: 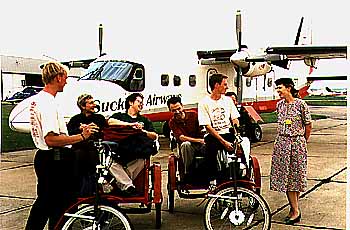 Cambridge Trishaws took us to Cambridge airport on our way. 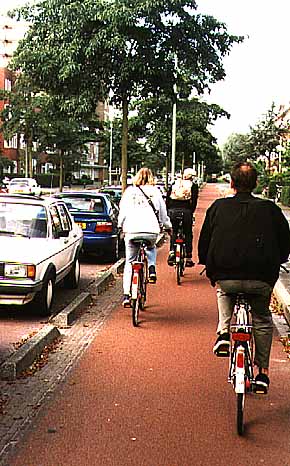 We nowhere saw cyclists put onto the pavement with pedestrians. Typically cycle tracks are provided between the pavement and the car parking. 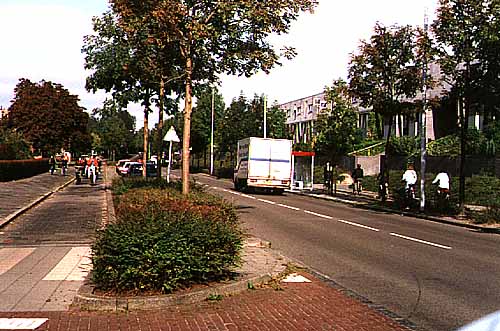 Many roads have such paths along both sides.

Groningen limits where cars can go. They have a low tech equivalent of the Bridge Street barriers in which cars (which have a narrower wheelbase than buses) come to serious grief on these concrete blocks. Of course, taxis can’t get through. 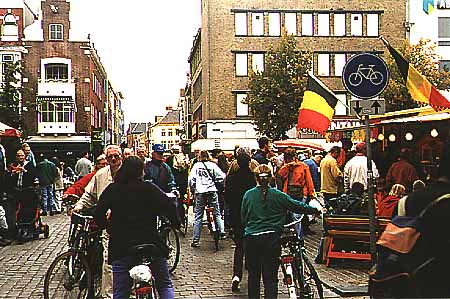 The market busy on Saturday afternoon has many of the same problems that Cambridge does, but has not yet banned bikes.

Cyclists get priority when crossing side roads, on nearly all occasions. The side road here is a bus route, so not just a minor road. 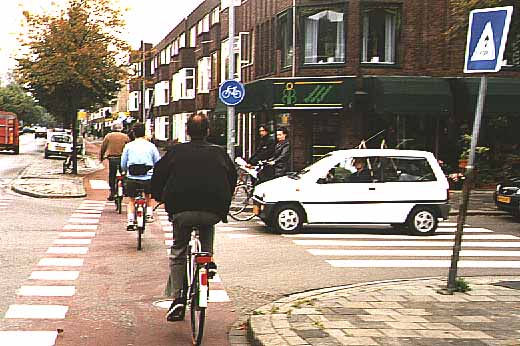 Motorists do respect the priority of cycles on crossing cycle tracks – though we were very cautious of taking advantage of this at first. The white triangles are the Dutch “give way” lines. 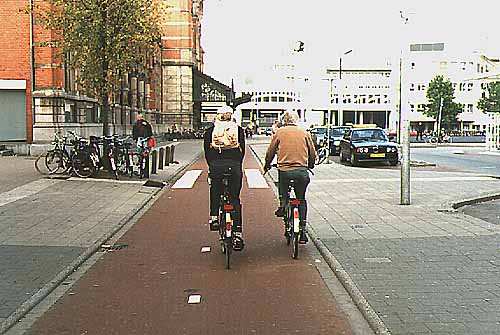 There is a 4km cycle track running parallel with the railway, here immediately outside Groningen station. 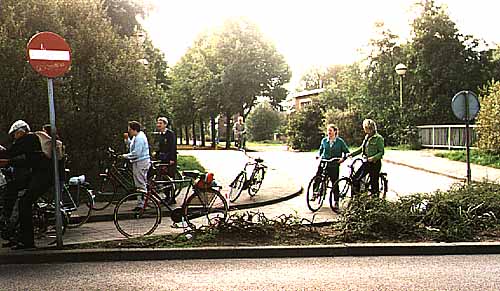 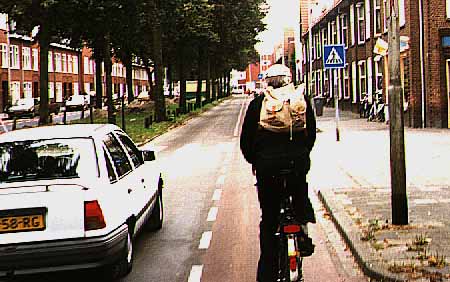 There are only a few cycle lanes like this one. 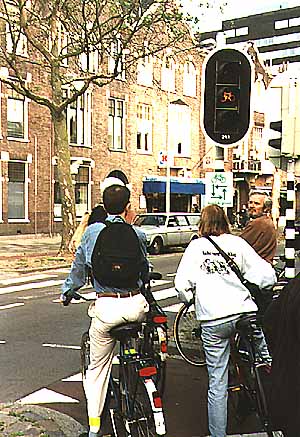 There are many cycle lights. These have their own phase, but the sign means that the green is for cyclists in all four directions at once. 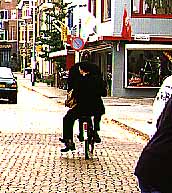 It is apparently legal to carry an extra person “side-saddle” on the sturdy rear carriers of the ubiquitous Dutch roadsters. 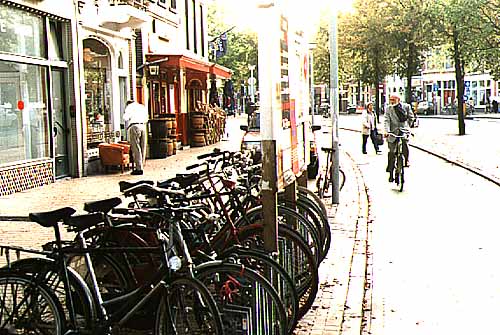 Cycle parking is not as plentiful on the street in the City Centre as we expected, though for 1 guilder (about 35p) a day you can leave your bike at the station in a huge, staffed covered cycle park. 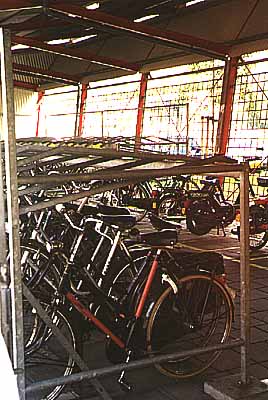 There are suburban staffed covered cycle parking areas too, as here at a big supermarket. 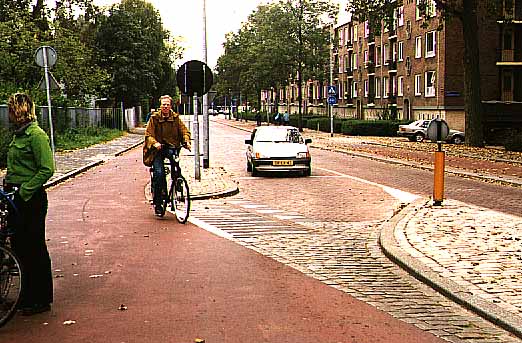 At this junction where the road narrows, the cycle track gets priority over the cars where they meet. No give way lines on a dropped kerb off the pavement at right angles to the road for Groningen. 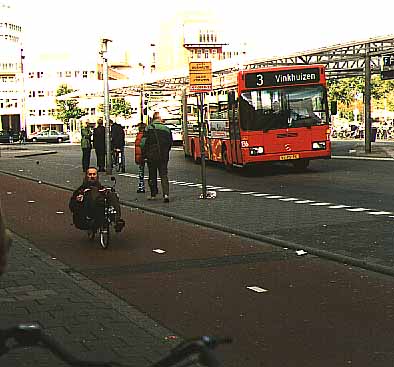 Nearly all bikes look identical in Groningen; well almost all. 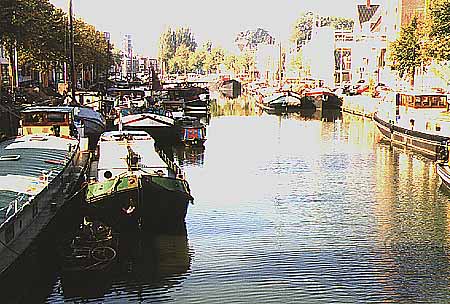 The City Centre is surrounded by canals. From the little boat in the bottom left, it appears those canals are full of bicycles!