Betweem 2012 and 2014, we campaigned for adequate cycling facilities at the Cambridge North station (then known as the Science Park station) which opened in 2017. This page was created at that time and is kept for historical interest.

A new railway station will benefit the north-east of Cambridge in late 2015. This is in an area of the city where the A14, the river and the railway currently present barriers to permeability. The station is to be built on Chesterton sidings to serve north-east Cambridge and the Science Park.

The new station provides the opportunity to open up new, shorter and safer routes for walking and cycling. However, the initial drawings for the area demonstrate a lack of vision.

Cambridge Cycling Campaign sent a letter outlining our concerns to the County Council in mid-October. We are pressing them to address the major concerns below. 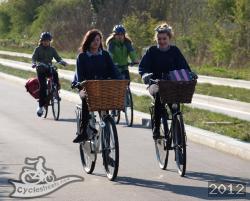 1.- Pedestrian and cycle routes to the new station need to be adequately lit

The Council must take this opportunity to light the cycleway alongside the guided busway.

With the background lights from Milton Road, the new station, Nuffield Road industrial estate and Cambridge Business Park, the lack of lighting on this route would be a sad disregard of people walking and cycling e.g. to the Science Park or the Regional College.

If you agree that lighting is a battle pedestrians and cyclists can’t afford to lose, please contact your councillors. 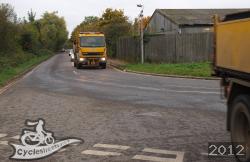 The most direct route to the new station from the Jane Coston bridge, St Johns Innovation Centre or the Science Park will be Cowley Road.

The station’s draft design reserves Cowley Road for motor traffic. While there is a plan for a cycleway from the new station plaza to Cowley Road, it is interrupted by the kiss-and-drive roundabout and ends at the bend where it reaches Cowley Road. This road sees many large lorries and traffic levels will increase greatly.

We request that, as part of the new station plans, the whole of Cowley Road is upgraded with a footway and segregated cycleway.

3. Improved area in front of the station area

We want to see an area in front of the station area that gives easy passage for those on foot and on bicycles whatever their destination.

4. To improve existing cycle routes to reduce conflicts with motor vehicles, or those on foot, and to remove obstructions, as well as create new routes 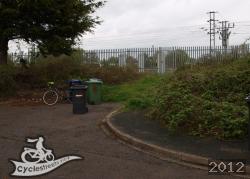 4a. Moss Bank to Cowley Road

We also expect an increase in the number of people walking and cycling up Moss Bank, past the new station to Cowley Road and the Science Park.

The draft design does not provide for this route. The plans lack a cycleway past the cycle parking and the station’s ticket hall as a continuous link to Cowley Road.

The Council must implement adequate parking controls on these roads.

4b. Improve cycle routes in the north of the city

Existing cycle routes in the north of the city are in urgent need of improvement. Many designated cycling routes in and around Chesterton are confusing or obstructed. Pedestrians rightly reject sharing the pavement with cyclists, and conflicts are bound to increase as the station will attract more bike trips. With the expansion of cycling, it can be intimidating to pedestrians.

We are therefore calling on the council to build cycleways to standards achieved in the Netherlands.

We want to see Cowley Road, as the shortest route for many on foot or bike, from Milton or the Science Park, have dedicated space for them. Foot- and cycleways must not be obstructed by parked or turning vehicles. 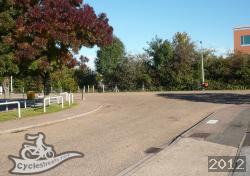 Nuffield Road is a mixed-use area with a primary school, a large medical centre and residential dwellings, as well as large warehouses and industry.

Nuffield Road has been identified as one of the main routes for walking and cycling to the new station. We have suggested that Nuffield Road’s residential section is cut off for motorised through traffic just past Discovery Way (in the bend by the planned station access), and that the industrial section of Nuffield Road is opened up to Milton Road via Nuffield Close (here: http://cycle.st/p45471) and the first bit of the guided busway. This would require a crossing design that allows vehicles to turn into or out of Milton Road. The Milton Road to Nuffield Close section of the new guided busway should therefore not have a guideway track, to at least keep this option open as the area is developed further. The risk is that the likely increase in traffic for the new station and an increase in onstreet parking will deteriorate the area drastically, if the industrial area is not sectioned off from the residential stretch.

We want to see Nuffield Road closed near the planned access to the new station and building a new access from Milton Road to the industrial area. 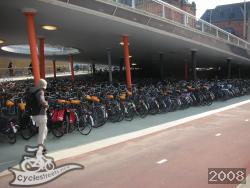 The county is planning for 1,000 cycle parking spaces just south-east of the new station’s entrance.

We expect that many station users will leave a bike at the station, to continue their journey to the CRC or the Science Park. Fly-parked bikes are a menace in general and to the partially sighted and blind in particular.

We have therefore asked for the number to be increased with a second cycle parking area north-west of the new station’s entrance, facing the Science Park, to be added.

We want to see additional cycle parking north of the station entrance. 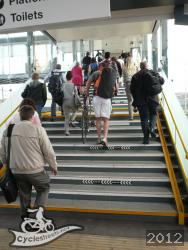 At the new station, all platforms will be accessed through a bridge.

We want the new station’s foot & cycle bridge to have proper guide channels to allow the widest possible demographic, including the elderly and frail, to walk a bike up and down the stairs, which will also require separate hand rails.

A subway with long ramps – like at Ely – instead of a bridge, would be ideal!

We want to see stairs with cycle-friendly channels and extra handrails provided, to avoid inconveniencing both pedestrians and those with bikes..

We want to avoid a repeat of the dysfunctional guide channels and small, inappropriate lifts installed at Cambridge station in 2011. We have therefore asked for longer lift cabins than those used at Cambridge station and with two pairs of doors at opposite ends (as found at most airports) to allow users to push a wheelchair, luggage or bike straight in and out instead of having to reverse out of the lifts, leading to hold-ups.

We want to see longer lift cabins with two pairs of doors on opposing sides. 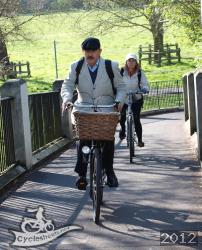 Some residents of Old Chesterton already have concerns over the impact of heavy cycle use in Water Street and across Green Dragon Bridge at peak times.

There is cross-party support for the new river bridge and the Chisholm Trail – (http://cycle.st/p40218) and we think that the new Chesterton Bridge over the River Cam and Chisholm Trail between the new station and Cowley Road should be in place before the new station opens, in order to offer cyclists and pedestrians high quality access routes and to avoid the dominance of travel patterns that involve driving.

We want to see an additional foot & cycle river bridge alongside the railway bridge and the Chisholm Trail through to Newmarket Road, and then to Coldham’s Lane, in place when the station opens.