1) Mill Road: renewed action on a safe, green street for the future 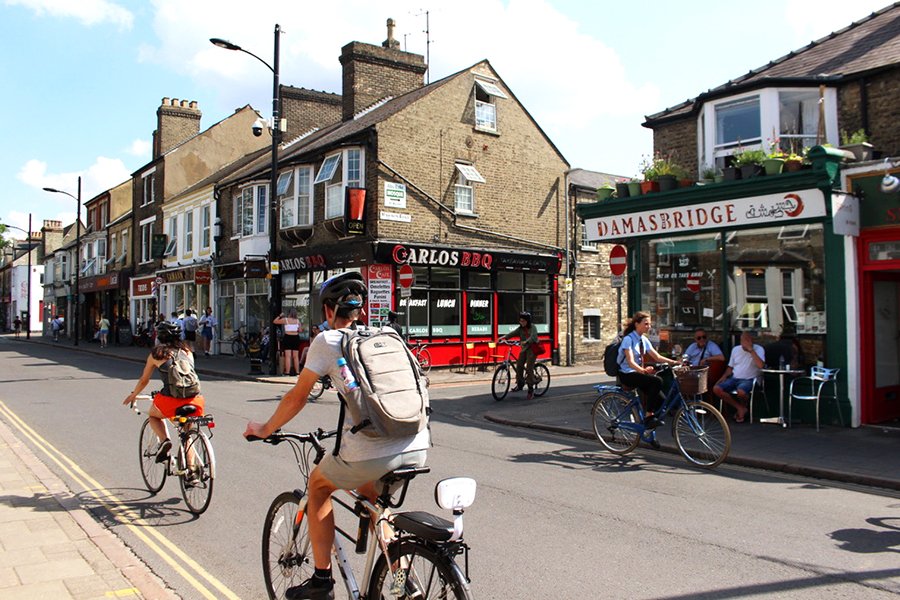 This will help return the street to a safe place for walking and cycling and provide space to make Mill Road a more welcoming and pleasant place to live, work and shop. This follows the report on the Greater Cambridge Partnership Mill Road consultation which showed that 77 per cent wanted to see changes made. The county council also agreed to consult on exemptions to the TRO (including disabled residents and taxis) and to agree to work with the Combined Authority and GCP to develop a public realm improvement scheme along Mill Road. If a modal filter is reinstated, traffic levels in surrounding streets will be monitored and reviewed. Watch the discussion from the meeting here.

The Highways and Transport Committee also agreed to resume the programme of Residents’ Parking Schemes in Cambridge.

The council is in favour of the expansion of these schemes, delivered by the Greater Cambridge Partnership, as they support council policies and objectives around “reducing congestion, encouraging more sustainable modes of transport and improving air quality”. Research shows that the availability of free parking is associated with an increased chance that people will drive to work alone. Freeing up space from parking also increases space available for sustainable transport and public realm measures such as cycle lanes, bus lanes, cycle parking and parklets.

Engagement with councillors and residents will begin immediately on schemes for the priority areas of Romsey West, Romsey East, York, Wilberforce, Elizabeth and Hurst Park. Find out more about these zones and the parking strategy here.

3) St Philip’s School Street approved to be made permanent

More good news from the Highways and Transport Committee.

We’re delighted that the county council agreed to a permanent Traffic Regulation Order (TRO) for Vinery Road and Vinery Way in Cambridge so that the successful School Street scheme outside St Philip’s can continue. Thanks to all the Camcycle supporters who responded to the consultation in favour of the scheme. We know how transformational it has been and would like to see more School Streets schemes like this across the county. The decision means that these streets will now become a Pedestrian and Cycle Zone from Monday to Friday from 8.30am to 9.30am and 2.45pm to 3.45pm. Read the full report here.

A rollout of the trial to allow electric vehicles in bus lanes has been abandoned. 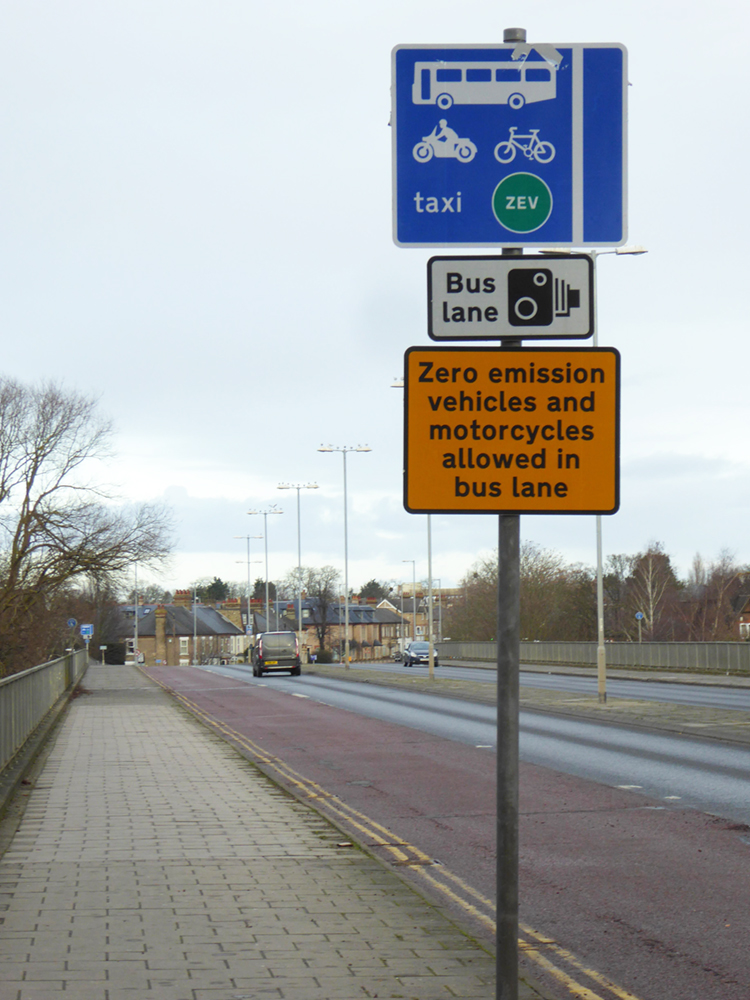 Camcycle said the county council’s trial of EVs in bus lanes on Elizabeth Way “should be extremely alarming to anyone who cares about cycling safety and public transport“. The RAC said the idea “serves to undermine the very purpose of a bus and cycle lane“.

We are therefore relieved that the county council’s Highways and Transport Committee agreed to allow the Experimental Traffic Order to lapse and return the bus lane to previous usage (note that during the trial monitoring usage was 79% cycles). No further trials will be installed anywhere else in the county. Read the full report here.

5) Combined Authority set to release £753,000 of Active Travel Funding for improvements in Cambridgeshire

The Transport & Infrastructure Committee of the Cambridgeshire & Peterborough Combined Authority has recommended that the CPCA Board release funds for active travel improvements across the region. 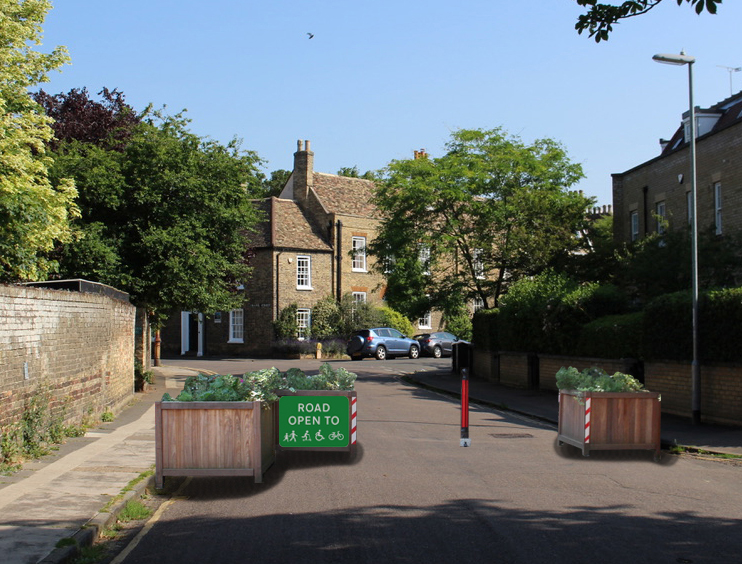 The Board is likely to approve this at its meeting on 27 July. Funds will be used to support schemes including a modal filter on Church Street, Chesterton (see mockup); a pop-up cycle lane on Cowley Road towards the Jane Coston bridge to Milton and secure cycle lockers at Wisbech bus station.

Schemes on the list for funding consideration also include ‘paused’ recommendations from the Active Travel tranche 2 list such as modal filters on Arbury Road and Coldham’s Lane.

Cambridgeshire County Council has unanimously agreed to consider a review of all places where National Speed Limit access roads lead into inhabited areas.

Safety ‘buffer zones’ are frequently requested by towns, villages and local communities across Cambridgeshire and yet only one parish per year receives this treatment. The council has agreed to look into what would be needed for a process that could rollout 40mph buffer zones more quickly and the resulting outcomes for safety. Schemes that have already been implemented have demonstrated that buffer zones do slow down traffic and support the needs of pedestrians and cyclists. Watch the discussion here.

The county council has agreed to ask the Highways and Transport service to prioritise active travel maintenance and strive for a more ambitious approach to active travel schemes.

The campaign for better routes to Waterbeach (along the A10 and Mere Way routes) highlighted the concern that active travel schemes may be being compromised because of the impact of ongoing maintenance costs for aspects such as lighting. A motion raised by Cllr Ros Hathorn was carried at Full Council and:

The council has recognised that pavement parking is “a persistent problem and causes serious safety issues for the disabled, damages our pavements and prevents access for pedestrians”. Camcycle supports the campaign to put an end to pavement parking developed by Living Street’s Cambridge, Cam Sight and the RNIB.

A motion was carried at Full Council which instructs the highways department to propose a group of pilot areas in Cambridge City which would use a Traffic Regulation Order (TRO) and civil parking enforcement to prevent parking on the pavement. If successful, this could be expanded to all urban areas within Cambridgeshire with informal pavement parking (and Civil Parking Enforcement powers – Cambridge has these, three other local districts are undergoing the application process).