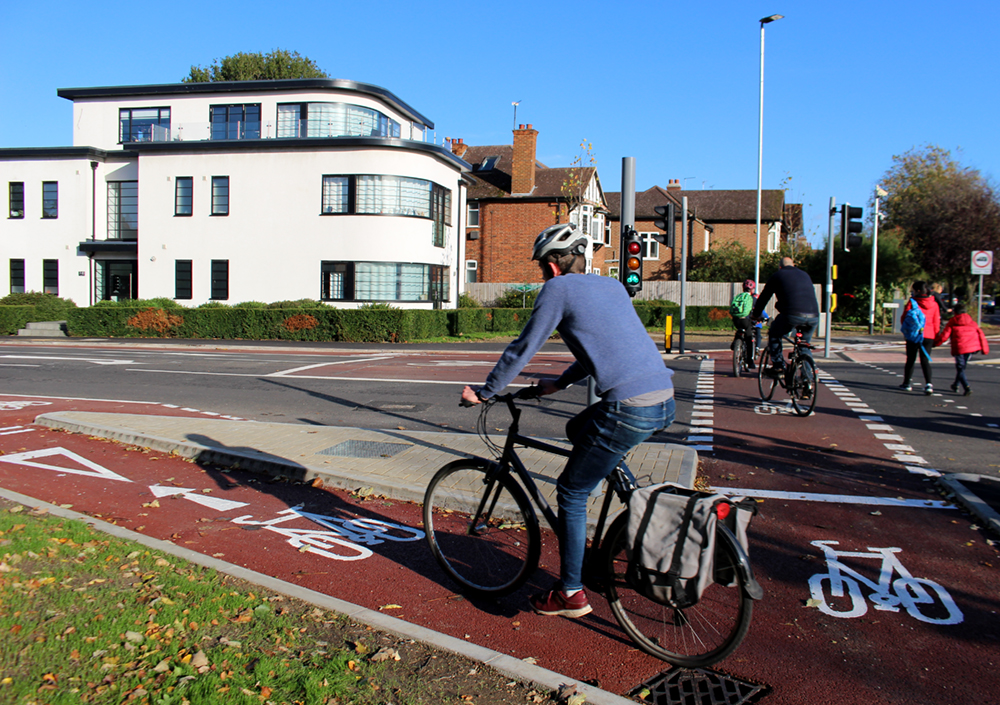 A new junction which prioritises the safety of people walking and cycling was officially opened in Cambridge on 21 October. The design, which Camcycle successfully campaigned for in 2018, includes a protected cycle lane which encircles the junction, keeping cyclists separate from both motor traffic and pedestrians. People cycling can make a signal-free left turn at any point or use the dedicated cycle buttons to access the green phase of traffic signals, allowing them to make a right turn or travel straight on without having to mix with motor vehicles. Pedestrians cross at the same time as cyclists, but on a separate ring of paths in the middle of the junction. Zebra crossings on each side provide a safe place to cross the cycle lane. 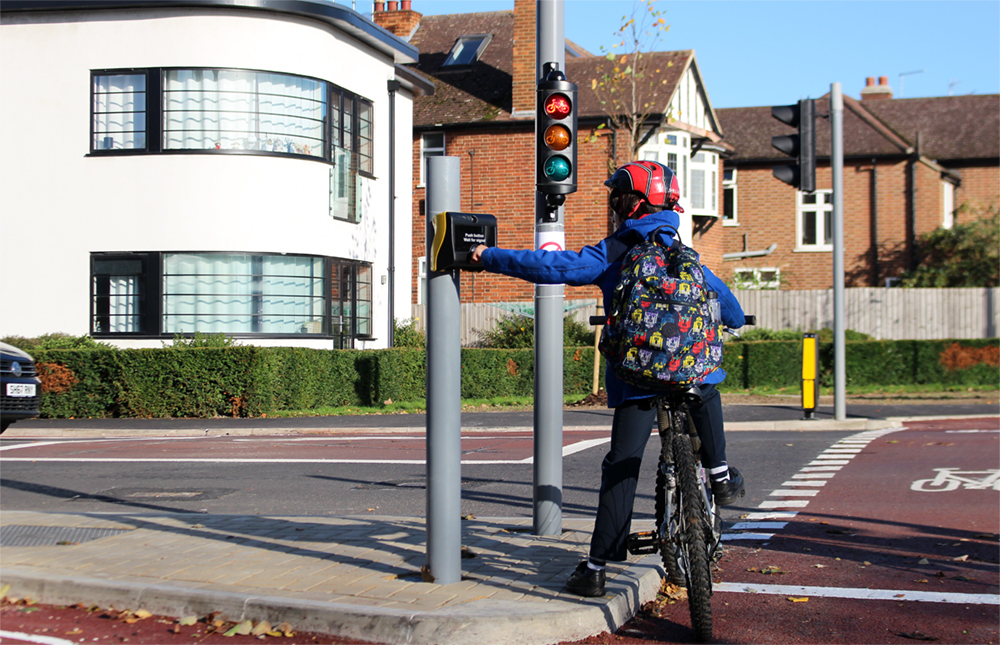 This junction design, often called a ‘CYCLOPS’ (Cycle Optimised Protected Signals) junction, is the first in the UK outside Greater Manchester, where it was originally conceived. Transport for Greater Manchester have already installed three junctions as part of their active travel ‘Bee Network’. Opening one in Bolton earlier this year, Transport Commissioner Chris Boardman said:

The CYCLOPS design is going to fundamentally change the way we do junctions. The experience for people travelling on foot and by bike is so vastly improved. Junctions are traditionally the most intimidating place for people not travelling in a car, but this design turns that on its head, making once-scary local trips now an absolute joy.

In Cambridge, this design is the second example of a junction that prioritises people walking and cycling, following the opening of the protected roundabout at Fendon Road last year. The Cyclops junction formed part of the Greater Cambridge Partnership (GCP) Histon Road project and has created safer routes for those travelling through the intersection with Gilbert Road and Warwick Road. 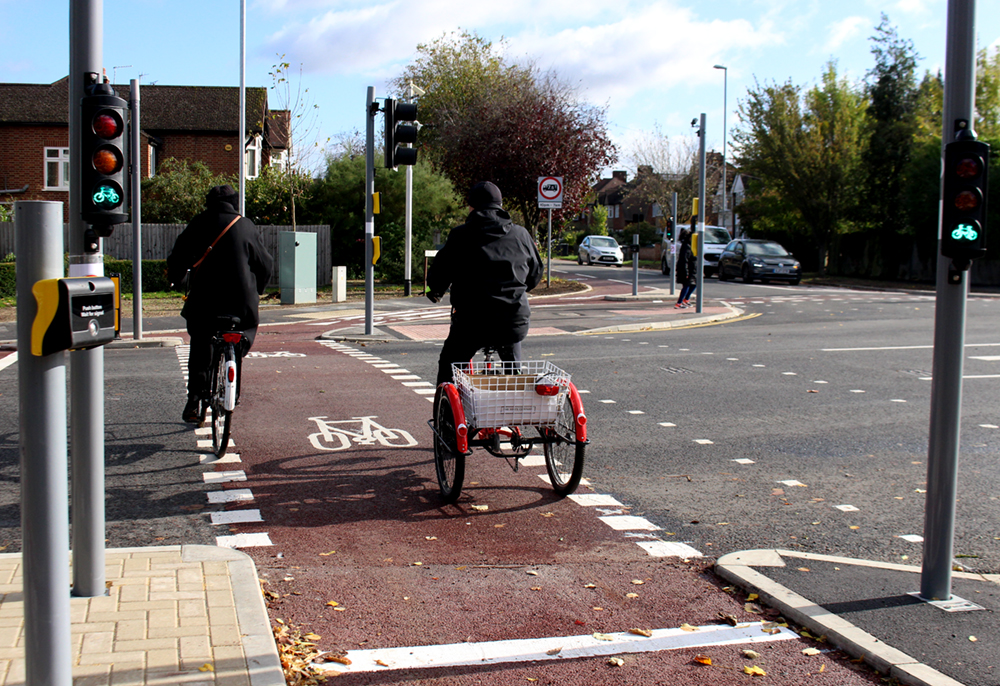 Camcycle trustee and infrastructure campaigner Matthew Danish, who encouraged GCP officers to take inspiration from Manchester in their redesign of this junction, said:

We believe this new design will greatly enhance the safety and usability of the Gilbert Road junction on Histon Road. We know that traditional junctions are a major barrier to active travel and the location of many collisions. The CYCLOPS junction and protected roundabout are just two of the many designs available to local authorities from LTN 1/20, the government’s cycle infrastructure standards, and there are now good options for every intersection in our county. Camcycle calls for designs like these to be implemented at every new or renovated junction in Cambridgeshire to keep people safe and to enable and encourage more people to walk and cycle.

Earlier this month Camcycle launched a new Safe Junctions campaign, following the tragic death of Anna Garratt-Quinton at the roundabout near Addenbrooke’s hospital. The charity is collecting signatures on a petition calling for local authorities to take rapid action on dangerous junctions across Cambridgeshire. It encourages people to include comments on the locations they would most like to see improved. Find out more and sign the petition at camcycle.org.uk/safejunctions