The lorries which held each section of the Abbey-Chesterton bridge may have only been supporting around 40 tonnes at a time but carried a huge weight of expectation in the local community. Support is high for the Chisholm Trail, a route two decades in the making and hotly anticipated by those keen to walk and cycle in the area between the city’s two railway stations, the focus of ‘phase one’ of the trail’s construction. The first section of the bridge arrived on Monday and was lowered into place on a row of iron supports, with parts two and three joining it the following day.

Cllr Lewis Herbert called the arrival of the bridge “a landmark moment” in the delivery of the Chisholm Trail and said it was a great example of local authorities working together to safely continue with progress on a major construction project. Workers at the site are following government advice on social distancing to ensure everyone is kept safe.

We spoke to members of the team on site who told us the next steps were to secure the three sections together, before attaching other parts such as handrails. The full bridge is planned to be lifted into place later in the summer, before autumn gales set in, using what is reportedly the UK’s largest mobile crane. The ramps to the bridge will then be built up with the bridge itself expected to open sometime in 2021. 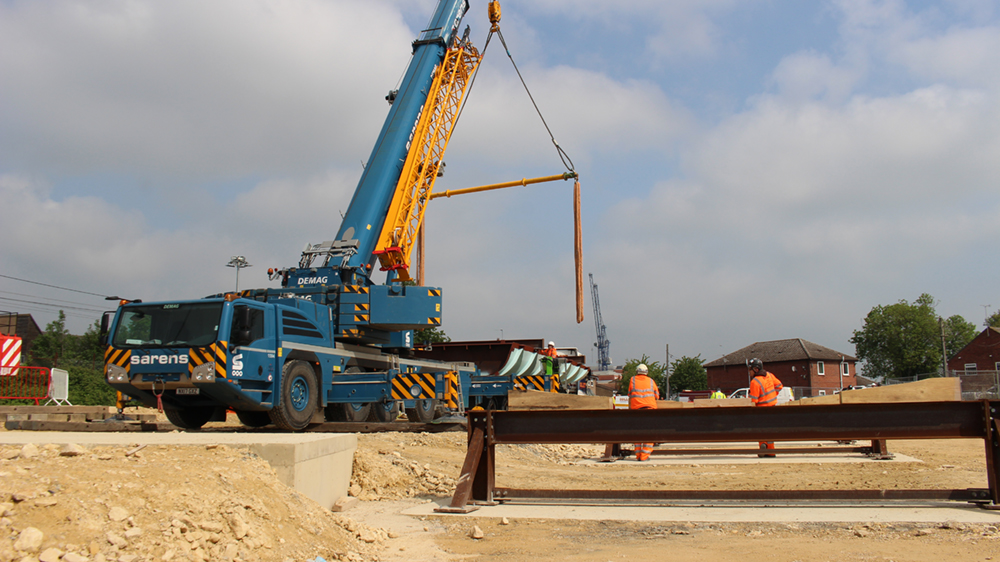 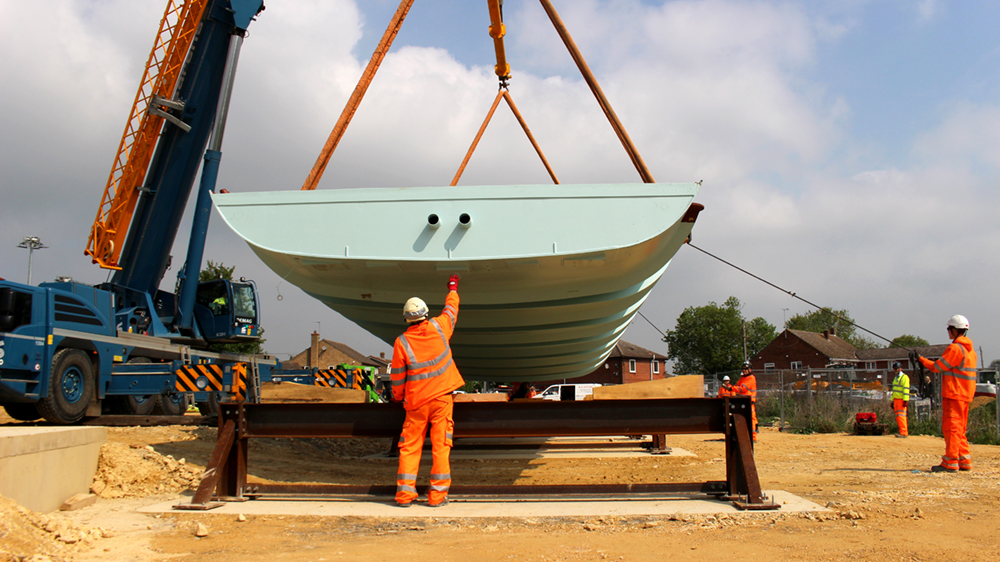 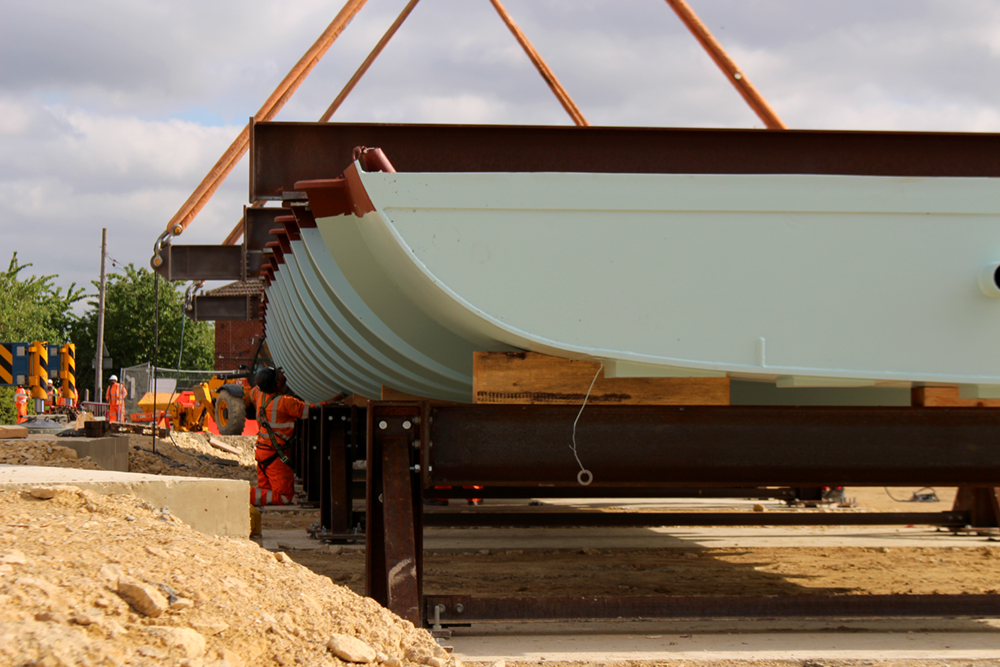 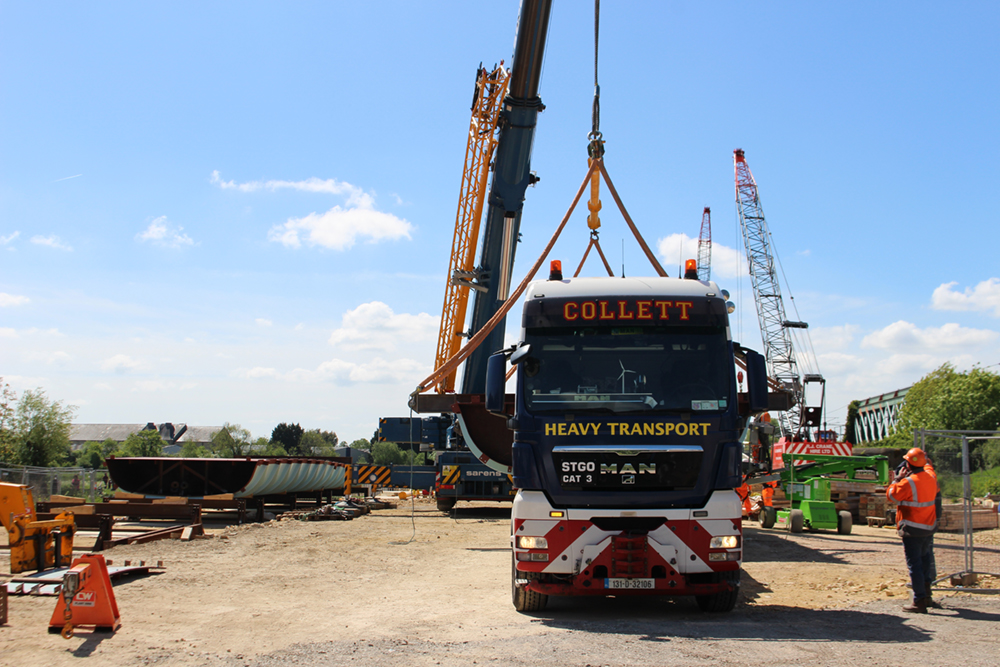 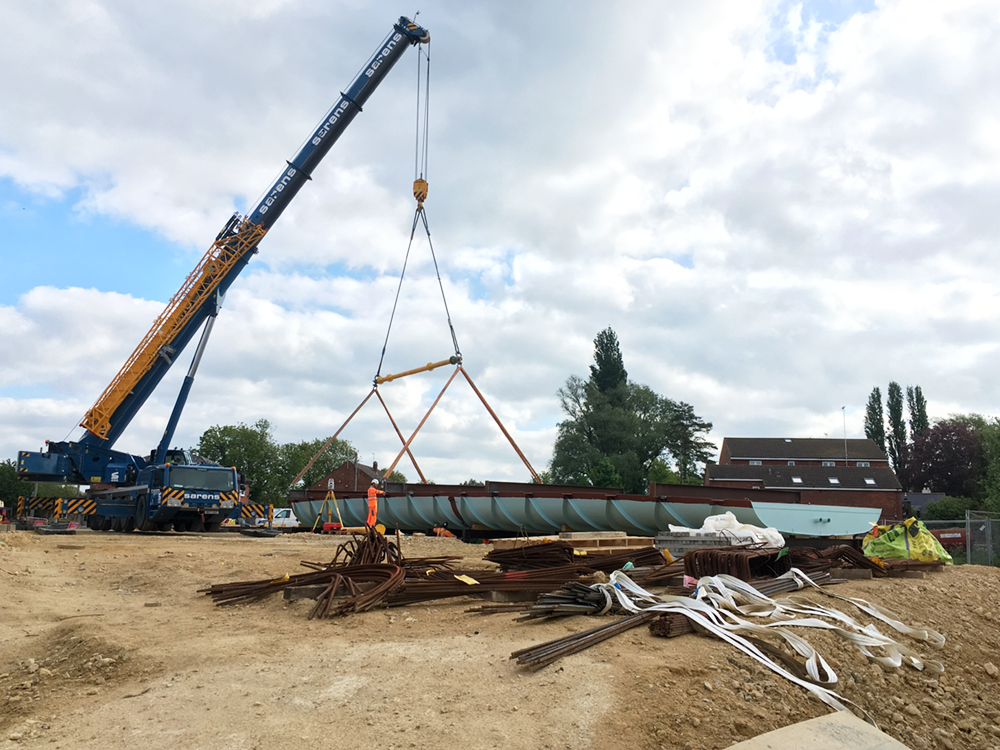 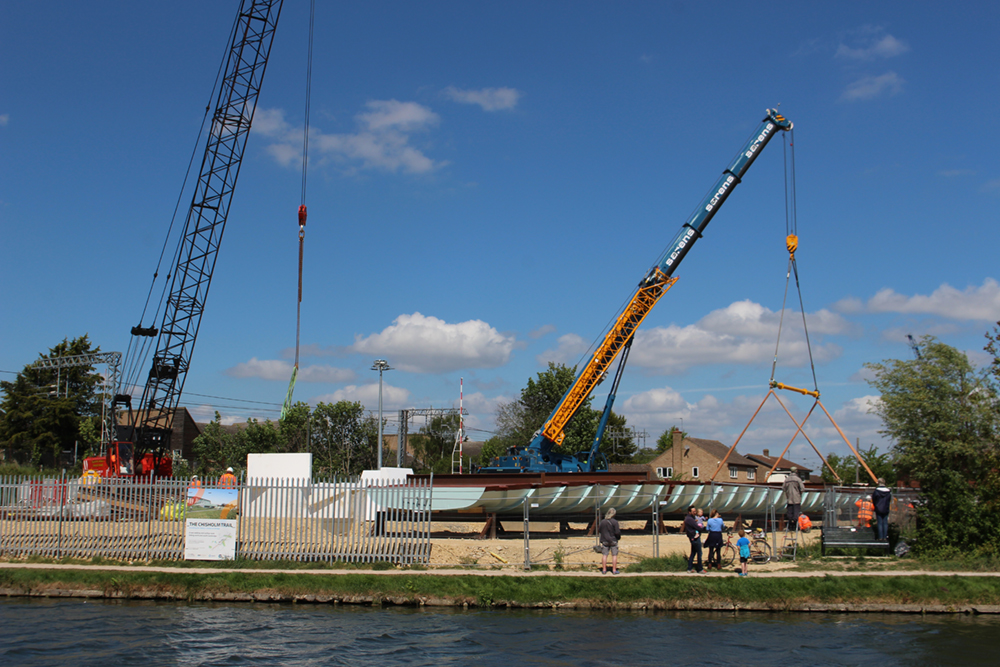